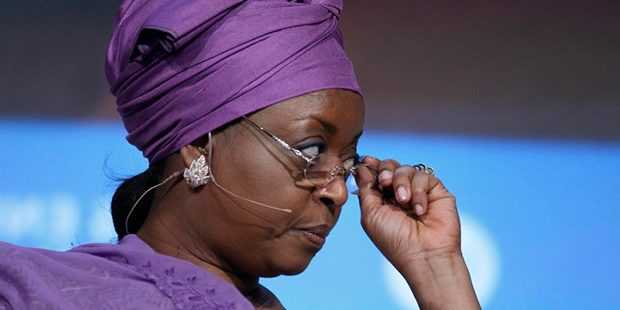 The divestment is part of the IOCs strategy to handover the ownership of relatively small oil fields to indigenous firms and focus on big onshore and deep offshore oil fields, which promise to yield commercial quantity now and in the future.

He said: “The IOCs operating in Nigeria today have divested assets worth about 2.2 billion barrels of oil equivalent of hydrocarbon reserves (working interest) at an estimated corresponding monetary value of at least $5bn.

He said the divestment campaign was highly competitive and attracted interest from a number of indigenous and foreign companies interested in the nation.

Yakubu said: “By the end of this year, the total number of blocks that are likely to be divested is estimated to exceed 20 with not less than four billion barrels of oil equivalent and a monetary value of about $11.5bn.

He said that the divestment of the IOCs, including Shell, Total, Eni, Chevron and Conoco Phllips, had continued to create an opportunity for participation in the industry by the Nigerian private sector.

Yakubu said Shell, Total and Eni initiated the divestment programme amongst the IOCs in 2010 when they offered the sale of their combined 45 per cent stake in some fields.

He said this culminated in the sale of eight oil mining licences to indigenous and smaller exploration companies by the end of 2012.

“Since then, several oil companies have announced planned asset sales in Nigeria. Conoco Phillips in 2012 offered its stakes, including its equity in the Brass LNG project, to Oando Energy Resources, OER, for about $1.79bn.

He said in early 2013, Brasil’s Petrobras, a major operator, stated its intention to sell mostly-offshore interests in OML 127 and 130.

The GMD said: “A small portion of assets divestments have also extended offshore, which have not necessarily been limited to local acquirers like the case of Total, which sold its 20 per cent stake in OML 138 (offshore Usan field) to Sinopec in November 2012 for approximately $2.5bn.”

He said Shell also announced in 2013 that it would sell four more assets in Nigeria, OMLs 13, 16, 71 and 72, with the later two being offshore assets.

According to Yakubu, “Divestments in Nigeria signify a shift in IOCs’ strategy towards the offshore, which now accounts for at least 60 per cent of Nigeria’s total production. It is also very important to note that the IOCs remain very much present in Nigeria.”

He stated that Shell still retained ownership in 34 onshore blocks while Total, ExxonMobil, and Chevron were still committing large amounts of capital to assets offshore Nigeria.

The NNPC boss noted that the divestment campaign by the majors was changing the offshore corporate landscape and creating material Brownfield opportunities for players looking to enter the Nigerian upstream space.

He said the indigenous independents could take over spare capacity that had been shut in by IOCs to enable them to continuously build their capacities in the capital-intensive and technologically demanding industry.

“The indigenous Nigerian companies have been presented with the opportunity to develop local operatorship capacity as well as boost local production and consequently grow into major upstream players.

“NPDC, Nigeria’s midsize flagship upstream exploration company, has doubled its production already from about 60,000 bpd and this is attributable to the recent divestments by Shell and government assignment of 55 per cent equity in the eight divested blocks to NPDC, resulting in increase in reserves from 350 million barrels to 2.1 billion barrels,” he said.

He added that the process was a clear demonstration of the implementation of the Nigerian Content Act while promoting professionalism in the upstream sector.

Yakubu said the NPDC would be strengthened to ensure it achieved its medium term objective of 250,000 bpd through recruitment and redeployment of seasoned engineers and geoscientists. This, according to him, will ensure that NPDC meets its aspiration while growing professionalism in its people who are its greatest asset.

Chairman, Petroleum Technology Association of Nigeria, Mr. Peter Ene, said the nation was blessed with many experienced indigenous firms whose owners had resolved to make positive marks in the industry.

“The indigenous firms have taken bold steps to invest in the industry and will do their best to ensure that the purpose of the divestment is achieved,” he said.

Ene, however, called on the Federal Government and other stakeholders to give indigenous operators adequate support and cooperation to enable them to succeed in the industry.

He said his company, for example, had 11 ongoing projects worth $500m in the industry.

He said others include Oron gas transmission system and several national integrated power projects, located in different parts of the nation.

Okwuosa said the increased involvement of indigenous firms would create many multiplier effects in the industry.

“A lot of multiplier effects would be created in the industry, especially in the areas of capacity building, technology transfer and employment creation,” he added.