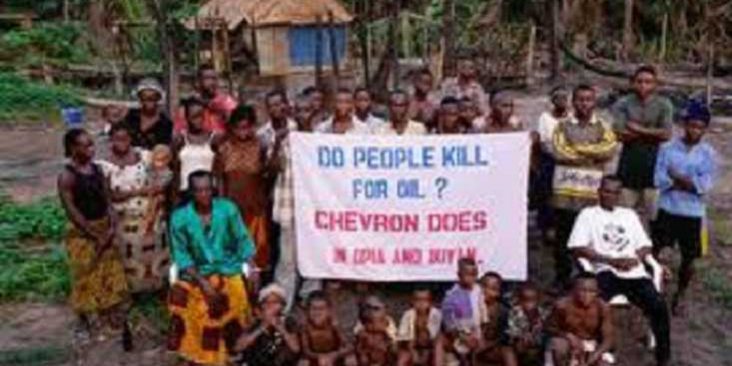 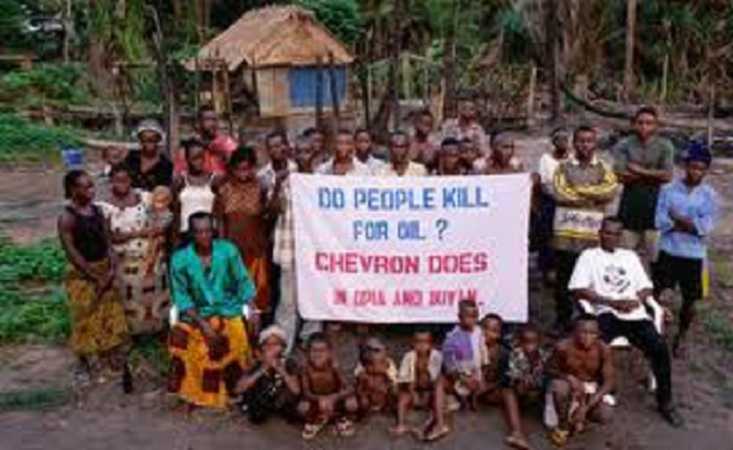 Ijaw people from oil and gas bearing communities of Niger Delta Region, operating under the aegis of “Occupy Chevron Platform” (OCP), have issued a 7-day ultimatum to Chevron Nigeria Limited, CNL, to start the process of negotiation and subsequent payment

or face a disruption of its operations in their areas. The alleged Chevron, an American oil giant operating in Nigeria, refused compensation of Ijaw people as a result of damaged by the gas explosion and fire outbreak at Chevron K.S Endeavor rig between January 16 to March 2, 2012 from the coastline in Koluama Clan of Bayelsa State, is currently leading the oil corporation on a head-on collision with people of Niger Delta.

At the moment, Niger Delta youths are planning to disrupt the operations of the oil corporation in a matter of days if the company
refuses to start the process of negotiation and subsequent payment of compensation to the affected people. The Occupy Chevron Platform (OCP) gave Chevron a seven-day ultimatum to provide the willingness to pay compensation without further delay or else………..

Spoke persons for the group, General Toro Akogboin and Commander Tito Wakaman, in an online statement to media houses on Monday, they said they will not give the American oil corporation any reminder as their ultimatum expires this coming Saturday.
“Several family members that have died from cancer, and other members of fishing settlements that we’ve buried with respiratory problems that doctors believe were associated with exposure of the gas explosion,” Commander Tito Wakaman.
“Chevron has grossly marginalised Ijaw from development and compensation”, the group said. “We are very sad about the treatment of non compensation by Chevron.

Stop depriving the people of Niger Delta of their entitlements from the company. Chevron is making things difficult for our old parents at home to get what rightfully belongs to them as a result of the gas explosion and fire outbreak on the 16th January, 2012 at Koluama in Bayelsa State. Chevron made it difficult for our parents to discharge their fishing activities as an obligation to feed their selves and their dependants. Many crises are being sponsored by Chevron so as to avoid their commitments.

Chevron non- payment of our claims with any moment from now ignites fresh crises in the Niger Delta. Some top officials of Chevron Nigeria Limited, for reasons of parochial interests, had over the years connived with few individuals and government agents to shortchange a majority of the inhabitants of the beneficiary people in the region”.

“We are ready for a total show-down with Chevron in the days ahead. We are accordingly calling on Chevron to immediately address this matter or risk another round of communal upheaval”, the General Akogboin said. An executive member of the Impacted Host Communities of Koluama and Sangana, told our correspondent on condition of anonymity that “We (communities) have been reliably informed that Chevron want to give us peanuts as ex-gratia payment so as to avoid due process.

“That is the reason why we have given them this ultimatum, which expires at midnight on Saturday. If they refuse to follow the normal process, we would have no option but to invade the platforms and shut them down.”

A warning letter dispatched to Chevron and the Joint Task Force (Operation Pulo Shield) on Monday said “It is pertinent to refresh your (CNL) memory on the decision taken at Abuja (National Oil Spill Detection and Remediation Agency). It was jointly agreed by all affected parties that the decision of NOSDRA that the impacted area be compensated to make room for assessment, negotiation and payment of compensation.

“We have virtually waited for over a year and half for the implementation of the decision. As a way forward in our peaceful
disposition, we ask you to fix a date for the negotiation within 7 days from the date of this letter,” the letter added. “We equally asked the Joint Task Force (JTF) to keep clear on that day or rather engage our boys that may spell doom for both side as our
operation, Occupy Chevron Platform is not negotiable on that day.

Our correspondent gathered that further negotiations broke down last week following the communities’ insistence that the spill occurred as a result of equipment failure and demand fro due process in its assessment. Continuing, they accused the oil giant of blind folding oil-bearing communities with their questionable Global Memorandum of Understanding (GMoU), and their divide and rule tactics among communities.

“Chevron has stopped embarking on capital projects and if it does at all, what we see are sub-standard projects and we hereby implore the company to suspend the GMoU forthwith. The GMoU is no longer serving the interest of the Ijaw communities, but that of a few selfish leaders”, the group said.