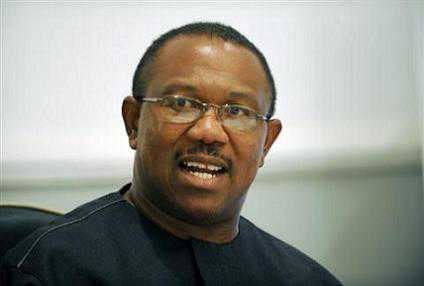 The apex Igbo cultural organisation Ohaneze Ndi Igbo has given Peter Obi a week to return all monies he collected from Boko Haram Terrorists to them or face the wrath of Ndi Igbo in general. The call was made today in an emergency meeting of the organisation in Enugu. The organisation frowns at the attitude of Peter Obi in negotiating for grazing zones in South East for the Fulanis. The President of the organisation queried Peter Obi’s reasons for going to such negotiation without involving Governors of the zone and other stakeholders from South East.

In a similar call, the President of Igbo Youth Forum calls on Peter Obi to urgently return all the money he collected from the Fulanis to them. He vow to mobilise Igbo Youths against Peter Obi should the Fulanis cause any problem in any part of Igbo land. in his words. ‘Peter Obi should stop representing ndi Igbo in any function because he has no power to so or negotiate on behalf of the Igbos’.

We recall that Peter Obi last week went to Sokoto and negotiated for grazing zones on behalf of the people of the South East.   It is also pertinent for  Ndi Igbo to know that Peter Obi last three years did similar negotiation with the former President of Nigeria,  Mr. Goodluck Jonathan and agreed and transferred Boko Haram Terrorists to Ekwulobia Prison. It took the intervention of Chief Alex Ekwueme and other known Stakeholders from the zone to move the Terrorists out of Anambra State.

Recently Fulani Boko Haram terrorists  unleashed terror at Nimbo in Uzo Uwani Local Government of Enugu State killing over 100 persons and wounded over 1,000 men and women, children inclusive. Such bloodbath should not be encouraged to extend to other parts of Igbo land. That is the reason the President of Ohaneze Ndi Igbo stood his ground on the one-week ultimatum.