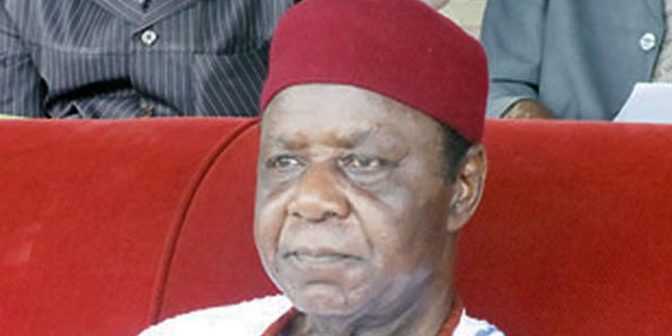 extraction to participate actively in the burial of its leader, Amb Ralph Uwechue.

Former President General of Ohanaeze Ndigbo, Amb. Ralph Uwechue died on March 13, at the National Hospital Abuja. He was aged 79.

In a statement issued in Lagos by its spokesman, Tony Oganah, Ohanaeze stated that there was need for all Igbo to give the late Uwechue the honour he deserved.

“We are not pleased by the response of some Igbo leaders to the planning of activities to mark the final burial rites of this great Igbo son who has served the Igbos meritoriously,” Ohaneze stated.

According to it, some of the Igbo leaders including some of the South East governors were yet to give the needed solidarity support  to the family and Ohaneze over the planned burial.

The group lamented that despite attempts by it to ensure that the ambassador was given a befitting burial by the Igbo, some of those expected to play key roles were yet to respond despite several attempts to reach them.

The group however urged all lovers of the Igbo cause and nation to come out en masse to give the former Igbo leader a befitting burial.

“Uwechue remains the only Ohanaeze leader to have led the organisation for four years” it further stated.