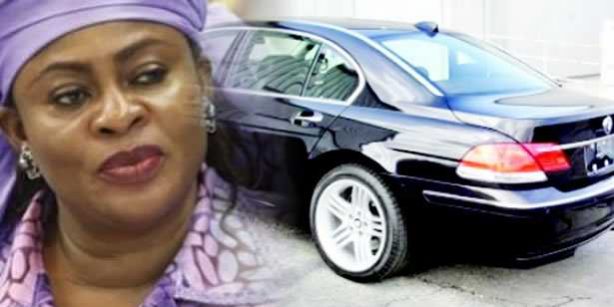 The political stormy weather for Aviation Minister, Ms. Stella Oduah seems not to be over yet as Civil Society Groups have launched fresh demands into the immediate release of the report of the presidential panel that investigated the N255 million BMW bulletproof cars scam.The three-man administrative panel set up by President Goodluck Jonathan submitted its report on November 13, two days after its deadline but as earlier feared by skeptics, the outcome of the panel’s investigation has been closely guarded by the presidency. This is just as the House of Representatives adopted a recommendation of its Committee on Aviation which advised the president to review the continued terms of engagement of Ms. Oduah as a member of the Federal Executive Council, FEC.Leaders of the Coalition Against Corrupt Leaders, and the Campaign for Democracy, who spoke to SUNDAY PUNCH asked the Presidency to make the report available to the public, the way the lower legislative chamber made its own known recently.The Executive Director, CACOL, Debo Adeniran, urged the Presidency to release the report if it had nothing to hide.He said, “When they set up all these panels, we said it was like doing the funeral for the issues that led to the controversy. Up till now, we are still raising the question.  They didn’t need to set up the committees. It was a case for anti-corruption agencies such as Economic and Financial Crimes Commission, the Code of Conduct Bureau, the Independent Corrupt Practices and other related offences Commission, or the special fraud unit of the Nigerian Police.“We are demanding that the report be made public. We said it from the beginning that when the panels finish their work, they should make their reports available to whoever wants it. We are still demanding that if the Presidency has nothing to hide, it should not treat the report of the panel with secrecy”.Also the Coordinator of CD, Joe Okei-Odumakin, said civil society groups would reject any attempt to cover up the bulletproof car scam.She said, “We have said any attempt to sweep the matter under the carpet will be met with stiff opposition. We shall resist it with all our might and within the ambit of the law. Time has come for those who are holding onto the report to release it. We must get to the root of this, because we cannot continue to cure the symptoms and allow the cause of the problem.“If an amount of money

was spent in the purchase of bulletproof cars and we said we are interested in due process; they have refused to release the report, it shows that there is no political will on the part of those in government who claim they want to fight corruption. We are demanding the release of that report and those found culpable must not only be shown the way out, they must be made to face the full wrath of the law.”The groups also called on President Jonathan to implement the recommendation of the House of Representatives committee that probed the scam.
by: daniel