Odi massacre to get 53% of compensation for invasion 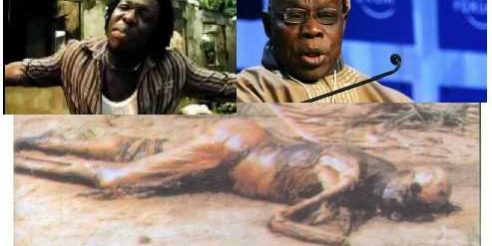 Odi community in Kolokuma/Opokuma Local Government Area of Bayelsa State will only be entitled to 53 per cent of the N37.6bn monetary compensation granted it by the Federal High Court, sitting in Port Harcourt, Rivers State, The PUNCH has learnt.

Our correspondent learnt on Tuesday that 47 per cent of the judgment money would be shared among the lawyers handling the case and some persons in the community who sponsored the suit.

It was further learnt that while the lawyers would collect 40 per cent of the money, the sponsors would go with remaining seven per cent.

The court had on February 18 ordered the Federal Government to pay N37.6bn compensation to the people of Odi for the invasion of their community by armed soldiers during the administration of ex-President Olusegun Obasanjo.

Justice Lambi Akanbi, who gave the order while delivering judgment in a N100bn suit filed by the community against the FG, also ruled that the compensation should be paid within three weeks.

The government had appealed the judgment but later withdrew the case and opted for an out-of-court settlement.

A member of Odi Council of Chiefs, Chief Michael Okringbo, confirmed that the sharing formula was negotiated and agreed upon by the stakeholders.

He said the lawyers initially demanded 50 per cent of the money but later agreed on 40 per cent.

He explained that the lawyers had made a lot of sacrifice in prosecuting the matter, including gathering of all the facts needed to secure the judgment.

“We are only very happy that the judgment has vindicated Odi people and has changed the initial perception of people that we are violent. We are not worried about what other stakeholders involved in the matter will get. Whatever comes to us we will use it well,” he said.

He added that having withdrawn its appeal, the government and a team from Odi had been negotiating to resolve their differences.