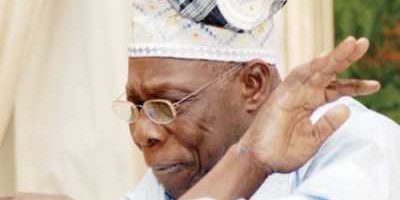 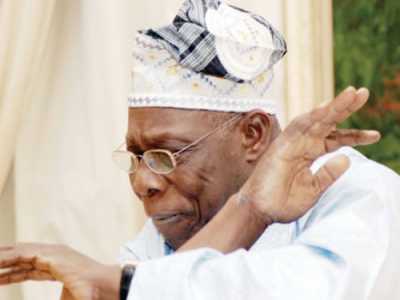 Security agencies are weighing the options on whether or not to invite former President Olusegun Obasanjo for interrogation on his December 2 letter to President Goodluck Jonathan.

They are wary of the political implications of subjecting a former President to grilling by security chiefs, who were mostly his juniors in the military.

They appear to be in favour of probing security issues raised by Obasanjo rather than going after the messenger.

The probe may also be for documentation purpose, in case of security breach in future traceable to the letter.

any snipers’ training ground, in that country being run by Nigerians.

The dust over the exchange of letters between President Jonathan and ex-President Obasanjo has not been settled, leading to a split among Peoples Democratic Party(PDP) governors.

The President has referred Obasanjo’s letter to security agencies, which, it was gathered, might opt for a mutual interaction with Obasanjo in camera rather than subject him to humiliation through summons.

It was also learnt that some of the affected agencies believe that clues in Obasanjo’s letter could be investigated without subjecting the ex-President to grilling rigours.

A top source, who spoke in confidence, said: “We have got the President’s directive, which asked us to investigate some allegations in Obasanjo’s letter but we are weighing whether to invite the former leader or not.

“We want to handle the probe in such a way that our attention will be more on the issues raised rather than the writer. The allegations have to do with the security of the country than anything else.

“We do not want this investigation to heat up the polity and distract the nation from the truth or otherwise in the allegations.

“These agencies need to look into these allegations, even if for documentation purpose, in case of any security breach in future.”

Asked if the security agencies would not invite Obasanjo, the source added: “We can interact with him in camera or as may be convenient for him without causing more political upheaval.

“We may not be swayed by the tempo of the moment but we will do a thorough job in the interest of the nation.

“You will recall that when there were similar allegations against a former Head of State, Gen. Muhammadu Buhari after the 2011 poll, we were cautious in our approach.

“The investigation of allegation of subversion against a former military/ civilian leader is not what you dramatise.”

Responding to a question, the source added: “We might extend our probe to Benin Republic or any neighbouring country with evidence of training of Nigerian snipers to ‘deal’ with those on the supposed watch-list

Investigation showed that some of the PDP governors agreed with the contents of Obasanjo’s letter to Jonathan, but those who support the President, however, thought otherwise.

It was gathered that the governors in support of Obasanjo’s letter felt they had been vindicated by some of the observations.

It was learnt that the affected governors claimed that some of the issues had caused the ongoing crisis in the ruling Peoples Democratic Party(PDP).

A governor said: “Some of us in the PDP believe that the issues raised by Obasanjo were really not new except that of snipers. The truth is that we had discussed some of these allegations in the closet with the President during our meetings.

“While some of us believed that Jonathan might not have the capacity for training snipers, some said we should not ignore the allegation because of the desperation of some politicians ahead of the 2015 polls.

“Maybe the training of snipers is a plot already aborted by Obasanjo’s alarm. We are all looking forward to security agencies to assist the nation with their findings.

“We are no doubt divided because some governors believe in Obasanjo’s letter and we have been interacting on it.”

In its December 3 letter to the President, Obasanjo wrote:

“Allegation of keeping over 1000 people on political watch list rather than criminal or security watch list and training snipers and other armed personnel secretly and clandestinely acquiring weapons to match for political purposes like Abacha and training them where Abacha trained his own killers, if it is true, it cannot augur well for the initiator, the government and the people of Nigeria.

“Mr President would always remember that he was elected to maintain security for all Nigerians and protect them. And no one should prepare to kill or maim Nigerians for personal or political ambition or interest of anyone.

“The Yoruba adage says: ‘The man with whose head coconut is broken may not live to savour the taste of the succulent fruit.’

“Those who advise you to go hard on those who oppose you are your worst enemies. Democratic politics admits and is permissive of supporters and opponents.”

In his reponse on December 22, Dr. Jonathan wrote:

“The most invidious accusation in your letter is the allegation that I have placed over 1,000 Nigerians on a political watch list, and that I am training snipers and other militia to assassinate people. Baba, I don’t know where you got that from but you do me grave injustice in not only lending credence to such baseless rumours, but also publicising it. You mentioned God 17 times in your letter. Can you as a Christian hold the Bible and say that you truly believe this allegation?

“The allegation of training snipers to assassinate political opponents is particularly incomprehensible to me.

“Regarding the over 1,000 people you say are on a political watch list, I urge you to kindly tell Nigerians who they are and what agencies of government are “watching” them. Your allegation that I am using security operatives to harass people is also baseless. Nigerians are waiting for your evidence of proof. That was an accusation made against previous administrations, including yours, but it is certainly not my style and will never be. Again, if you insist on the spurious claim that some of your relatives and friends are being harassed, I urge you to name them and tell Nigerians what agencies of my administration are harassing them.”