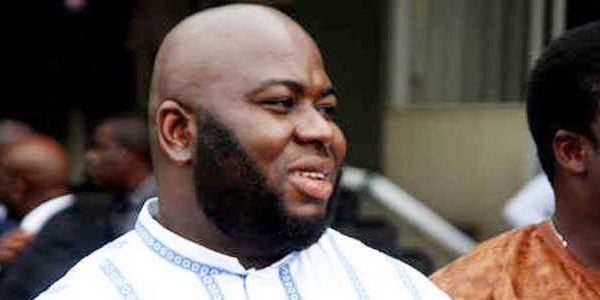 Although, Obasanjo did not name anybody, the founder of the militant Niger Delta People’s Volunteer Force (NDPV), Alhaji Mujahid Asari-Dokubo, thinks he is the one the former president was referring to.

Asari-Dokubo was recently detained in the Republic of Benin.

He said yesterday that he was not training snipers either in Nigeria or abroad for the presidency.

He said although Obasanjo should be bold enough to indict him for a response.

Asari-Dokubo said he was neither flown in a private jet nor in a presidential jet after being investigated by security agencies in Benin Republic.

He said he flew to Abuja from Lagos in an Aero Contractors plane.

He said the last time he enjoyed the luxury of a presidential jet was when Obasanjo sent one to fly him from the creeks as part of the search for solutions to the crisis in the Niger Delta.

He admitted that he had a problem in Benin Republic following what he called a false security alarm and the Federal Government waded in.

Asari-Dokubo, who spoke exclusively with our correspondent, said he was only suspected of being a Boko Haram leader in Benin Republic and after investigations by Beninoise authorities, he was let off.

He said: “I don’t know what is called snipers; I will revisit my dictionary for the meaning of snipers.

“I am not training snipers for either the Presidency or anybody. If ex-President Olusegun Obasanjo wants to point a finger at me, I will know the path to take or the relevant authorities to contact.

“I have not seen my name mentioned directly by anybody, but I know what to do if this is so.

“If I am being invited by security agencies on issues that have to do with denting my image, I know what to do.”

Asked why he was arrested, Asari-Dokubo said: “Information reached Beninoise security agencies that I was a Boko Haram leader. And from all investigations, they said they did not find any clue linking me with Boko Haram.

“Some people gave Benin Republic false information to see that Dokubo dies before the 2015 general election. So, we are in a political era and from all investigations, my encounter in Benin Republic had to do with politics.”

On how he returned to his base in Abuja from Benin Republic, Asari-Dokubo said: “I came in through Aero Contractors plane from Lagos to Abuja. Many people were on board and they saw me.

“I was not flown into the country either in a private or presidential jet at all.

“I had problem in Benin Republic and the government waded in the matter because nothing incriminating was found against me.”

Responding to a question, the founder of the NDPV said: “If I was nobody, why did ex-President Obasanjo send a private jet to convey me to Abuja from Port Harcourt to negotiate for militants? “