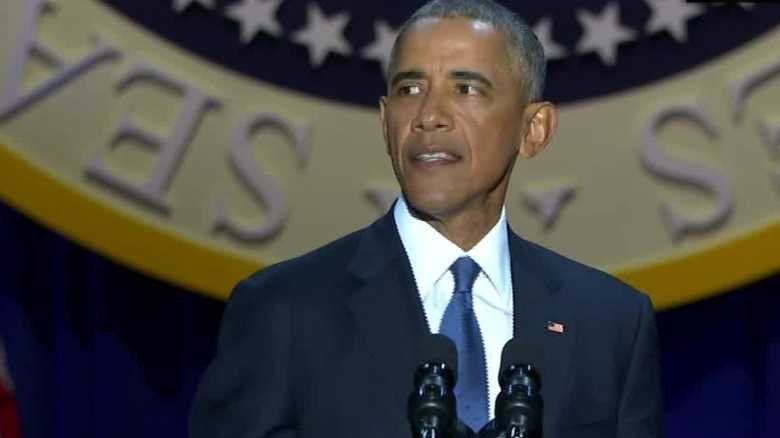 Obama weighs in on immigration ban

(CNN)Former President Barack Obama criticized President Donald Trump’s executive order curbing immigration in a statement on Monday, backing protesters who have taken to the nation’s airports to express their displeasure with Trump’s action on Friday.

“The President fundamentally disagrees with the notion of discriminating against individuals because of their faith or religion,” said Kevin Lewis, spokesman for the former president, in a statement.

Frm Pres @BarackObama is heartened by the level of engagement taking place in communities around the country. pic.twitter.com/X5Fk3xRDEX

Lewis added Obama feels the individuals protesting are “exactly what we expect to see when American values are at stake.” ‘I do feel safer’: A look at Trump’s travel ban supporters This is first time Obama, who ceded power to Trump 10 days ago, has criticized the current president, breaking with an unwritten rule that former presidents refrain from criticizing the current White House occupant. Read More It is also the former president’s first statement since leaving the White House.

The statement also rejected the comparison between a 2011 temporary immigration order by Obama that halted Iraqis coming to the US and the broader ban by the Trump administration on citizens of seven Muslim-majority countries. Former presidents walk a fine line between staying political engaged and avoiding knocking their successor. President George W. Bush, for example, remained markedly silent on politics during Obama’s eight years in office. But Obama’s relationship with Trump is different, and Monday’s statement made clear that the former president will stay engaged and outspoken on political action.

Trump’s order temporarily banned immigration from Iran, Iraq, Syria, Sudan, Libya, Yemen and Somalia and indefinitely stopped Syrian refugees from coming to the United States. Though the current White House has compared Trump’s action to what Obama did in 2011 when “he banned visas for refugees from Iraq for six months,” Obama’s move was much narrower in scope. It was crafted in response to two Iraqi refugees implicated in a bomb making scheme and while it did not outright ban refugees from coming to the United States, it did increase the amount of vetting each Iraqi refugee received. Trump defended his executive order Monday, in the wake of protests that popped up across the country. He said that America will “continue to show compassion to those fleeing oppression” but will “do so while protecting our own citizens and border.” “I have tremendous feeling for the people involved in this horrific humanitarian crisis in Syria,” Trump said. “My first priority will always be to protect and serve our country, but as President I will find ways to help all those who are suffering.”