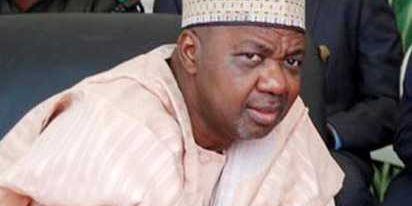 Northern youths reacted angrily to the rumoured plan by the Presidency to replace the Vice President, Namadi Sambo with the former Zamfara State Governor, Senator Ahmed Sani Yerima, as a means of winning the support of more Muslims ahead the 2015 election.

President Jonathan, facing some resistance from the North, was said to have met with the former Zamfara governor on how he could help mobilise block support from the region for his re-election.
The President, who met with some Muslim scholars and leaders on his anticipated second term bid, was said to have been impressed by the senator’s role in facilitating the meeting.It was gathered that the senator promised to mobilise support for him.

However, the President of the Arewa Youth Forum, Gambo Gujungu, told Vanguard last night that the North would never support Jonathan in 2015 whether he used Sambo or Yerima as running mate.

Gujungu pointed out that Jonathan’s plan to jettison Sambo for Yerima would only aggravate his political problems rather than give him any edge in the North.

“The main reason we cannot support him is that he wants to further divide the North and create more problems so as to exacerbate our poverty, backwardness and disunity,” the AYF leader said.

“But I can assure you that whatever those who are advising the President are plotting against the North will only backfire on them because as far as we know, he has not done anything in the North despite the fact that Sambo has been serving him loyally and faithfully.

The attempt to draft Yerima into the presidential team is coming in the wake of opposition to Jonathan’s rumoured second term in office, which the North is stoutly opposed to, hinging its opposition on the fact that the President had promised to do only a term, which would end in 2015.