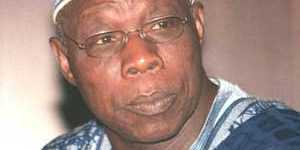 about the forum’s decision to select either  the former Vice President, Atiku Abubakar or  the Kano State governor, Dr. Rabiu Kwankwaso who were said to have been short-listed by the forum as the northern presidential candidate.
Vanguard gathered that the political committee of the NYLF had submitted the nomination of Atiku Abubakar and Dr. Rabiu Kwankwaso among the seven short-listed aspirants to get the body’s support.
It was also gathered that the National Executive Council, NEC, of the   Northern youth body had expressed desire to support a Northern candidate, having agreed that there is need to the get the Presidential slot back to the North.
Both nominees, according to the findings will face election on December 11, as speculations   were rife that the former  President is having a “favoured” candidate between  the two, a development that has been causing ripples within the forum.
Speaking with Vanguard, the national president said: “The fact remains that Baba Obasanjo strongly believes in the forum, having got similar nod in 2003 and 2007 for our late Yar’adua. But, he is not part of any rumoured plan to favour either of the two.
“The forum with a total of 152 affiliated youth groups in the region will democratically choose their Presidential candidate irrespective of the party he comes from. That is why the first attempt was cancelled because it was discovered that some politicians and former   ministers infiltrated the delegates.
“But, this was misconstrued to mean that the leadership of the forum is supporting one out of the two. We have never been noted for this and we shall continue to keep our integrity. We shall elect  one who shall get the nod of the over 60 million eligible youth and women voters in the North.”
Source vanguard