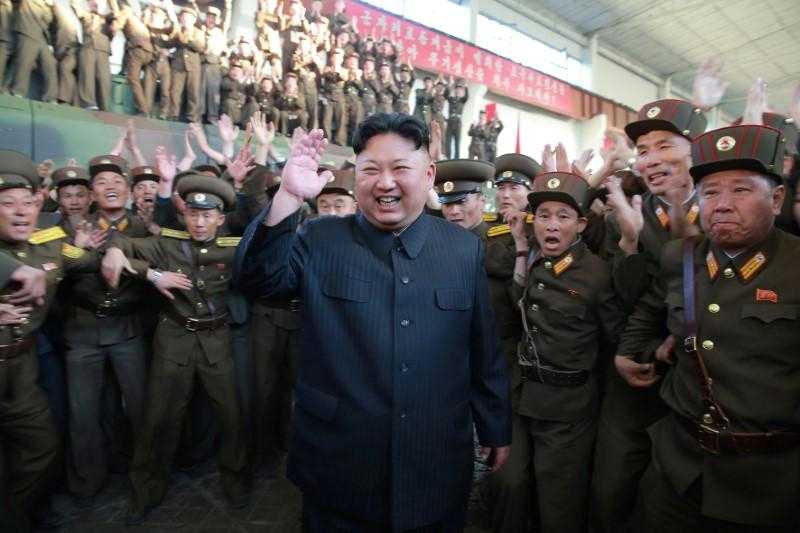 The isolated country has been developing a long-range missile capable of striking the mainland United States mounted with a nuclear warhead. That would require a flight of 8,000 km (4,800 miles) or more and technology to ensure a warhead’s stable re-entry into the atmosphere.

The reported details were largely consistent with South Korean and Japanese assessments that it flew further and higher than an intermediate-range missile (IRBM) tested in February from the same region, northwest of Pyongyang.

Such an altitude meant it was launched at a high trajectory, which would limit the lateral distance traveled. But if it was fired at a standard trajectory, it would have a range of at least 4,000 km (2,500 miles), experts said.

The test “represents a level of performance never before seen from a North Korean missile,” John Schilling, an aerospace expert, said in an analysis on the U.S.-based 38 North website.

“It appears to have not only demonstrated an intermediate-range ballistic missile (IRBM) that might enable them to reliably strike the U.S. base at Guam, but more importantly, may represent a substantial advance to developing an intercontinental ballistic missile (ICBM).”

KCNA said the test launch verified the homing feature of the warhead that allowed it to survive “under the worst re-entry situation” and accurately detonate.

The claim, if true, could mark an advancement in the North’s ICBM program exceeding most expectations, said Kim Dong-yub, a professor at Kyungnam University’s Institute of Far Eastern Studies in Seoul.

Kim, a former South Korean navy officer, added the trajectory showed the North was clearly testing the re-entry technology under flight environments consistent for a ICBM.

The North has successfully launched long-range rockets twice to put objects into space. But many had believed it was some years away from mastering re-entry expertise for perfecting an ICBM, which uses similar engineering in early flight stages.

“The test-fire proved to the full all the technical specifications of the rocket … like guidance and stabilization systems … and reconfirmed the reliability of new rocket engine under the practical flight circumstances,” KCNA said.

On Monday, South Korea’s military played down the North’s claim of technical progress on atmospheric re-entry, saying the possibility was low.

North Korea’s official Rodong Sinmun devoted half of its six-page Monday edition to coverage of the missile test, with vivid color photographs of the launch and jubilant leader Kim celebrating with military officers.

The pictures featured a long nose-coned projectile that appeared to be similar to missiles displayed during an April 15 military parade for the birth anniversary of state founder Kim Il Sung.

The nose cone resembles that of the KN-08 ICBM the North is believed to be developing, and the lofted trajectory tests re-entry by putting the missile through extra stress, said Joshua Pollack of the U.S.-based Nonproliferation Review.

“This is an advanced missile, if their claims are true.”

KCNA said Kim accused the United States of “browbeating” countries that “have no nukes”, warning Washington not to misjudge the reality that its mainland is in the North’s “sighting range for strike”.

North Korea, which is banned by U.N. resolutions from engaging in nuclear and missile developments, has accused the United States of a hostile policy to crush its regime, calling its nuclear weapons a “sacred sword” to protect itself.

The North’s leader, Kim, has said it was in final stages of developing an ICBM.

It is difficult to say when the North will have a reliably tested ICBM ready to deploy, said Lee Choon-geun, a senior research fellow at South Korea’s state-run Science and Technology Policy Institute.

“When it comes to actual deployment, developed countries have tested at least 20 ICBMs and their success rate should be around 90 percent. It is not there yet.”

But the new engine used for Sunday’s test signaled a major step forward in the intermediate-range missile development, one that can be modified for an ICBM flight, Lee said.

The United States called the missile launch a message to South Korea, days after its new president took office pledging to engage Pyongyang in dialogue and keep up international pressure to impede the North’s arms pursuit.