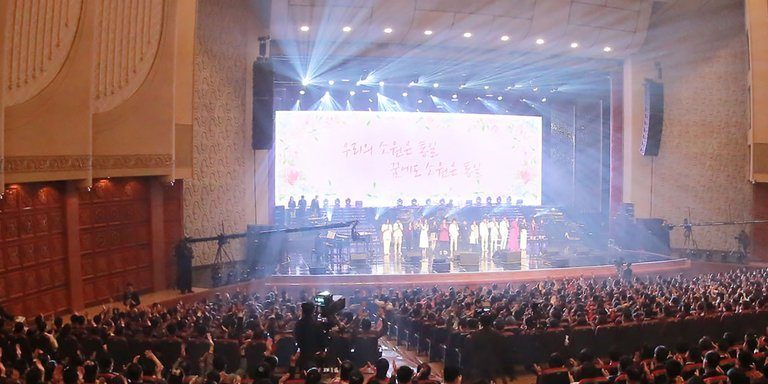 The official, Kim Yong-chol, a vice chairman of the North’s ruling Workers’ Party, visited the reporters’ hotel and apologized for their having been denied entry to a theater in Pyongyang, the capital, where the North’s leader, Kim Jong-un, watched South Korean musicians perform Sunday evening.

“We invited you and we are obliged to guarantee free coverage,” Kim Yong-chol was quoted in the reporters’ dispatches from Pyongyang as saying. “On behalf of the North’s authorities, I offer an apology and ask for your understanding for the wrong committed.”

It is extremely rare for North Korea to offer such a public apology to the South, or, for that matter, to apologize for anything. The rare gesture from a senior official reflected the North’s efforts to work toward a political détente on the Korean Peninsula that Kim Jong-un helped start in February by sending a delegation to the Winter Olympics in Pyeongchang, South Korea.

Still, the apology was all the more striking not only because the totalitarian state does not have a free press but also because it came from Kim Yong-chol, an army general considered hard-line even by North Korean standards.

He is widely believed in the South to have masterminded the sinking of a South Korean Navy ship in 2010, when he served as director of the North’s main spy agency. South Korea says a North Korean torpedo attack sank the ship, killing 46 sailors, but the North denies it.

On Sunday evening, several South Korean pool reporters were barred by their North Korean minders from entering the concert hall.

The South Korean government later lodged a protest. On Monday, Kim Yong-chol explained that the minders had been overruled by Kim Jong-un’s bodyguards. The vice chairman apologized for the lack of coordination between different branches of the Pyongyang government.

After North Korea conducted a series of nuclear and missile tests last year that increased tensions, Kim Jong-un has shifted to dialogue in recent months. He has agreed to meet with South Korea’s president, Moon Jae-in, on April 27, and has offered to sit down with President Trump. Mr. Trump has agreed to do so by May, in an attempt to persuade him to give up his nuclear weapons.

In the past week alone, Mr. Kim has stunned the region with his breathtaking pace of diplomacy.

Last week, he met President Xi Jinping in Beijing, for his first known trip outside North Korea since he became leader. On Friday, he met with the International Olympic Committee president, Thomas Bach, in Pyongyang. On Sunday, he clapped and laughed while watching South Korean pop singers, whose influence on North Korea’s isolated populace his government has been trying to block. Afterward, he shook hands with each performer and posed for a group photograph.

His welcoming of K-pop icons, and Kim Yong-chol’s apology, are a stark departure from just a few years ago, when South Korea began blaring K-pop songs across their shared border as a psychological warfare tactic. The North Korean military warned of an “all-out war” if the South did not turn off its loudspeakers, and it even fired warning shots across the border.

In North Korea, all radio and TV channels are controlled by the government and filled with propaganda. The regime has been cracking down on K-pop music that has entered the country via bootleg DVDs from China.

But on Sunday, the same day the United States and South Korea started joint annual military drills, which usually draws warlike rhetoric and even missile tests from the North, South Korean K-pop singers were allowed to perform in Pyongyang.

On Monday, the North’s official Korean Central News Agency quoted Kim Jong-un as saying that he was “deeply moved to see our people sincerely acclaiming the performance, deepening the understanding of the popular art of the south side.”