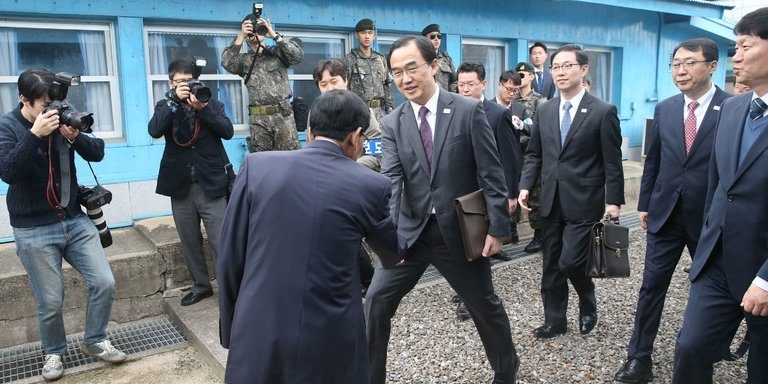 SEOUL, South Korea — Senior negotiators from North and South Korea met on their countries’ border on Thursday to prepare for the summit meeting planned for late April between Kim Jong-un, the North’s leader, and President Moon Jae-in of the South.

The negotiators at Panmunjom, the so-called truce village that straddles the border, were expected to decide on a date for the meeting, and to discuss the agenda and various details.

Mr. Kim accepted Mr. Moon’s offer of a meeting early this month, part of a flurry of diplomacy around Pyongyang’s nuclear program that began with the North’s participation last month in the Winter Olympics in Pyeongchang, South Korea.

Mr. Kim also offered to meet directly with President Trump, after his discussions with Mr. Moon, and Mr. Trump quickly accepted. No date for that meeting has been set.

South Korean envoys who met with Mr. Kim in Pyongyang early this month said he expressed willingness to negotiate with the United States about normalizing ties and giving up his country’s nuclear weapons in return for security guarantees. Mr. Kim also promised to suspend all nuclear and missile tests while talks were underway, the envoys said.

This week, Mr. Kim surprised both South Korea and the United States by making a secret visit to Beijing, his first trip outside North Korea since taking power. He met with President Xi Jinping of China, in a bid to mend frayed ties with the North’s traditional Communist ally before his planned meetings with Mr. Moon and Mr. Trump.