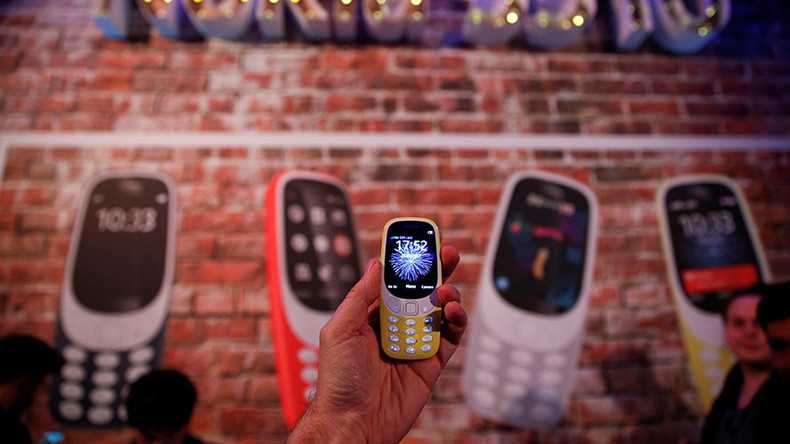 “For the Nokia 3310, we just couldn’t resist. We wanted to reward loyal Nokia phone fans and make a statement that rich heritage, innovation and modern design can go hand-in-hand,” Juho Sarvika, chief product officer of HMD Global, told the Mobile World Congress conference in Barcelona, according to The Telegraph.

The reinvented classic was unveiled in Barcelona alongside some of Nokia’s more up-to-date options, the Nokia 3, 5 and 6.

“It has snake and it has a Nokia ringtone” Sarvikas said, much to the delight of those in attendance. The new 3310 qualifies as a ‘feature phone’ rather than a smartphone due to its limited internet capabilities, operating at 2.5GG connectivity, slower than 3G or 4G.

Its S30+ operating system is also severely limited compared to Android or Apple’s iOS, restricting the range of apps it can use. Its two megapixel camera is also much smaller than Apple’s latest release, the iPhone 7, which boasts a 12 megapixel camera.

Despite these shortcomings the phone does come with an impressive 22 hours talk time and one month of standby time. The pared-down alternative to the almost ubiquitous smartphone may prove to be extremely popular among those looking to disconnect from the world, at least partially.

HMD Global, owner of the Nokia brand, will partner with Foxconn for the manufacturing process of the next wave of Nokia phones, according to DNA India.

With its impressive talk time and month of standby time, the pared-down alternative to the almost ubiquitous smartphone may prove to be extremely popular among those looking to disconnect from the world, at least partially.

The new 3310 takes micro-sim cards, so backwards compatibility won’t be an issue for those looking for a “digital detox” from their smartphones.

The phone will be available in red, yellow, gray and the signature dark blue matte and will weigh 79.6g with a 2.4-inch 320 x 240 color display.

The pioneering mobile game Snake will come as standard, naturally, and hardcore nostalgics will be serenaded by the infamous Nokia ringtone that formed the soundtrack to the early 2000s.

Can the new generation 3310 live up to its legendary, meme worthy status? Tech-heads around the world will have to wait until the second quarter of this year to find out.

HMD Global says the new version “will retail at an average global retail price” of €49 ($51).