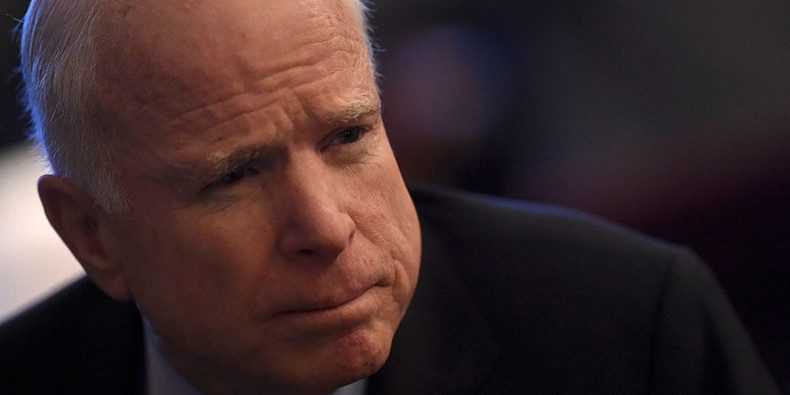 “If the allegation is left out there, it undermines the confidence the American people have in the entire way that the government does business,” the veteran senator added.

McCain was one of several top Republicans to question the president’s claims. On CBS’s Face The Nation House of Representatives Speaker Paul Ryan said he has seen no evidence to back up the wiretap claims. “I think he’s frustrated with selective leaks coming from parts of government that malign his campaign,”Ryan said.

Is it legal for a sitting President to be “wire tapping” a race for president prior to an election? Turned down by court earlier. A NEW LOW!

McCain was joined by fellow GOP senator Roy Blunt in noting that Trump has asked Congress to investigate the claims instead of going directly to intelligence officials, which he has the power to do. “The president actually could himself ask that question,” Blunt, the Senate Rules Committee chairman, said on Fox News.

Administration officials have yet to provide any evidence to support Trump’s accusations.

Earlier in the interview, McCain made calls for an investigation into the alleged connections between Trump associates and the Kremlin. “There’s a lot of things about our relationship with Russia that trouble me a lot,” the Arizona senator said.

“There’s a lot of aspects with this whole relationship with Russia and Vladimir Putin that require further scrutiny, and so far I don’t think the American people have gotten all the answers. In fact, I think there’s a lot of shoes to drop from this centipede.”

“But I would also point out we should not assume guilt until we have a thorough investigation. I’m not judging anyone guilty,” he said.