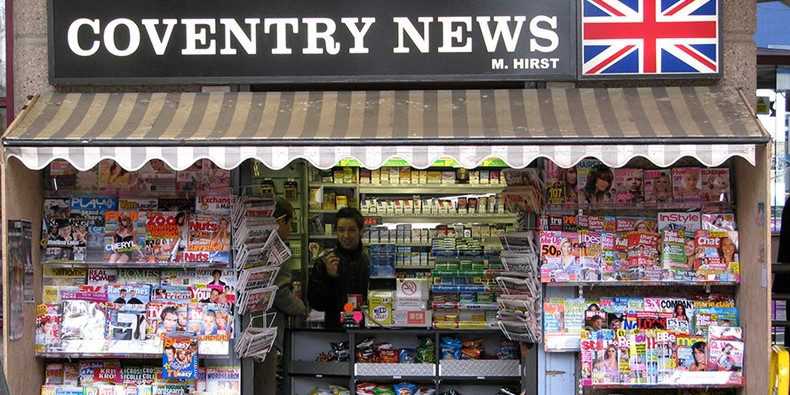 “Anti-Russian campaign in British press and #fakenews production are going on? Piece contains no proof, just allegations,” The Russian Embassy in the UK tweeted, accompanying the message with a photo of the piece.

In the interview, Ciaran Martin, head of the new National Cyber Security Center (NCSC) and deputy director of the Government Communications Headquarters (GCHQ), claimed that the UK intelligence observed a surge in Russia-sponsored attacks aimed at stealing the UK’s sensitive defense and foreign policy documents for the last two years.

Martin attributed what he described as a “step change in Russian aggression in cyberspace” to Moscow’s intention to “assert power and influence against the West.”

While arguing that the attacks by Russia have been “very well evidenced by international partners and widely accepted,” he fell short of providing any examples of such attacks against the UK.

Nevertheless, Martin argued that the UK would inevitably face a “Category 1” cyberattack from Russia, referring to the large-scale hack that reportedly targeted the US Office of Personal Management in 2015.

He claimed that UK had sustained 188 attacks, including from Russia-sponsored hackers, classified as “Category 2 and 3” within last three months that have compromised UK security.

Ahead of the US presidential elections and in its immediate aftermath, Russia’s alleged hacking of the elections, which was repeatedly denied by Moscow as “nonsense,” has been grabbing international media attention. The blame game in the media went to great lengths, with NBC reporting in December that Russian President Vladimir Putin had ordered the hack himself to secure Trump’s victory.

RT and Sputnik News have been singled out as two of the main drivers behind the “propaganda campaign” aimed at swinging the US elections in favor of Donald Trump.

The anti-Russian hysteria in the US media has since spread to the UK. In December, The Times reported that “Moscow is behind a concerted drive to undermine the UK through espionage, misinformation, cyberattacks and fake news,” citing the opinion of unnamed sources in the British government.

The portrayal of Russian media as propaganda and “fake news” by the Sunday Times early February appeared to prompt some of the RT UK channel advertisers to pull airtime on the channel after they were pressed to comment by the newspaper on an upcoming investigative report on the matter.

The article, authored by Josh Boswell, cited Damian Collins, chairman of the UK House of Commons Culture, Media and Sport Select Committee, as saying that “British companies should not be advertising on channels that disseminate fake news designed to spread fear and confusion.”

“There seems to be another step in the demonization of Russia, which started with the DNC hacks and the fake hacking of the elections and fake news, and the rest of that. So, it is sort of a slur. It is quite libelous, as well,” Machon said.

Machon believes that the excess focus on Russia’s cyber activities, in comparison to that of China and even that of the NSA, that “has been caught out massively hacking across Europe,” is due to “ongoing demonization for political gain.”