‘No magic wand for England’ 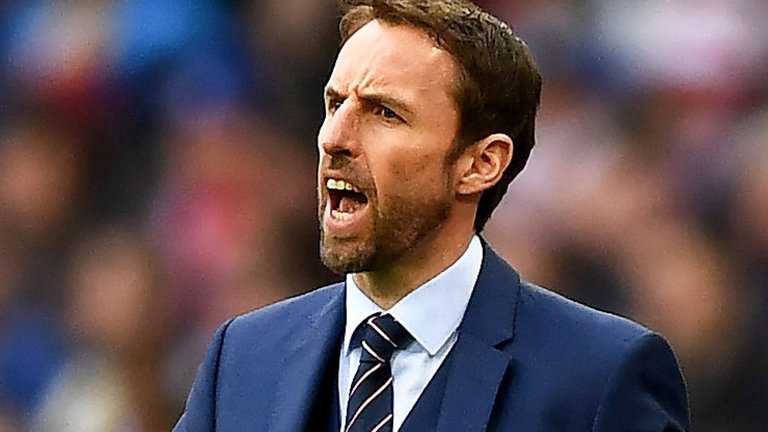 England manager Gareth Southgate says “there is no magic wand” in the wake of their 3-2 defeat to 10-man France.

Southgate says he did not “sugarcoat” his verdict in the dressing room after Tuesday night’s loss at the Stade de France in a match that saw centre-back Raphael Varane sent off for the hosts early in the second half.

England skipper Harry Kane scored the resulting penalty – the second of his two goals on the night – but they were second best after that despite their numerical advantage, and Ousmane Dembele scored with 12 minutes left to earn France a deserved win.

Asked what he said to his team afterwards, Southgate said: “There was no point raising my voice but equally you can’t sugarcoat what happened in that final 30 minutes, in particular.

“I don’t think it does any harm. They know they are a very honest group of players.

“They are fully committed, I can’t question what they’ve given. We’ve just got to learn quickly how to manage games in situations like that.

“But our game without the ball has got to improve.”

The defeat in France followed March’s narrow 1-0 loss in Germany and November’s 2-2 home draw with Spain.

And Southgate added: “The only way you can understand what the gap is, is by playing against those three teams.

“If we’d played lesser teams and won, maybe we’d all be getting excited and thinking that we’re better than we are. The reality is, find out exactly where you are against the very best.

“We’ve had two matches away and one at home, and for long periods we’ve equipped ourselves well but we’ve a bit to do and I think it’s important that as a group of players and a group of staff we recognise that.

“We’ve got some young players coming through that have got really good potential and can be exciting, but there is no short cut.”