‘No England return for Rooney’ 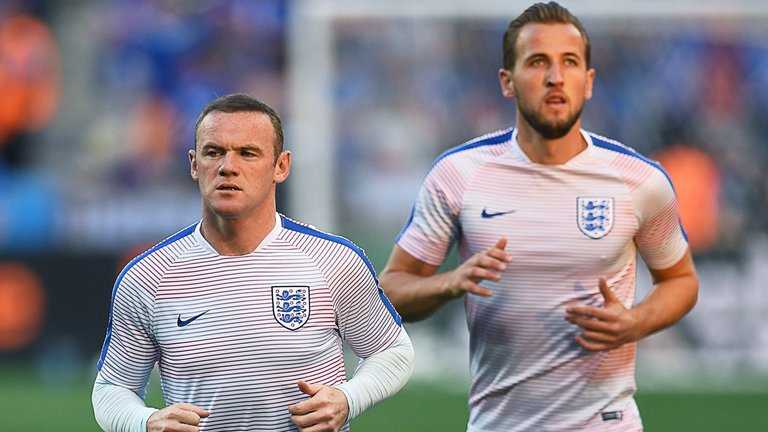 Jamie Redknapp believes Wayne Rooney’s return to Everton demonstrates his ambition to continue playing at the highest level, but is doubtful England’s top goalscorer will play for his country again.

Rooney’s thirteen-year career with Manchester United came to an end on Sunday when the 31-year-old signed a two-year deal to return to his boyhood club, for whom he burst onto the Premier League scene aged just 16.

Sky Sports pundit Jamie Redknapp feels Rooney will be relishing his new challenge with the Toffees, but is sceptical United’s leading goal-scorer will play his way back into Gareth Southgate’s England squad after Rooney admitted to hoping impressive performances for Everton could earn him an England recall.

“I don’t see that happening anymore. He’s had a brilliant England career and I’m not writing him off but I just don’t see Gareth Southagte getting him involved anymore,” Redknapp said.

“We’ve got plenty of players, guys like Harry Kane and Dele Alli, who play in his position.

“I just feel it would be a backward step to go back to Wayne Rooney unless he starts the season in red-hot form and is banging the goals in.

“If that’s the case then of course you would have him back but, as it stands at the moment, I don’t see Wayne Rooney in the England squad again.”

Rooney, whose achievements with United include five Premier League titles and a Champions League crown, admitted it was a “no-brainer” to re-sign for the Toffees and stressed he has no intention of slowing down – a fact Redknapp alluded to.

“He knows where the goal is. Last year there were plenty of games when he came on and made a difference. The expectations are going to be huge,” he added.

“The Evertonians love him but they are going to want to see goals like the one he scored against Arsenal all those years ago.

“Rooney will have to be ready for the challenge ahead because if he isn’t he will find it extremely difficult.

“It’s a brand new challenge and an exciting one. The fact he is staying in the Premier League shows his ambition and he still believes he can play at the top level.

“He wants to show everyone he can still do a job for Everton.”

Redknapp feels there are a number of different roles Rooney could be deployed in next season, and predicts there will be times he is held back as an impact player.

“I think his best role is as a number 10, just behind the striker. However, there have been talks around Gylfi Sigurdsson moving to Everton so if that deal did happen he would be in direct opposition with Rooney,” he said.

“Then there’s Ross Barkley, but I don’t think he will be in a blue shirt next season. I can’t see him being at Everton next year.

“Maybe you can play Rooney as a central striker but it’s certainly interesting times. It’s a nice problem for Ronald Koeman to have.

“There will be times where Rooney won’t play. He can’t play every game and Koeman will hold him back in some games to make an impact from the bench.

“However, he’s going to want to play and show what he can do and he’s taken this challenge because he believes he can do it.”