No Doubts, Nigeria heading for a recession – IMF confirms. 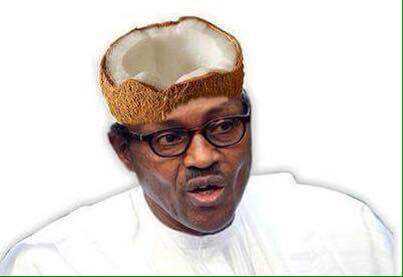 Days after President Muhammadu Buhari sent the first tranche of his ministerial nominees, it is becoming clearer to Nigerians that the hope of fixing the economic challenges and setting a pathway for industrialization may not go beyond sheer “Body language” of the President, as yet again the International Monetary Fund, IMF, has downgraded Nigeria’s economic growth forecast for 2016.

This is coming just after the Senate on Tuesday unveiled Buhari’s list of ministers, whom foreign and local investors have long anticipated, but to the surprise of many, it was without any glimpse of economic direction and further darkening the vial of the administration’s economic direction.

Notable amongst the 21 nominees for ministers are; Alhaji Lai Mohammed, Abdulrahman Dambazzau, Rotimi Amaechi, others include Audu Ogbe, (Former PDP Chairman) Kayode Fayemi, among others.

Few hours after the masquerades were finally unveiled, the IMF released a damning report about the Nigerian economy and other emerging economies, predicting a rather slow and sluggish growth pattern in 2016, and sending dark hopes to Nigerians and reaffirming the possibility of a recession as predicted by the Central Bank of Nigeria, CBN, in its last Monetary Policy Committee meeting.

The IMF had earlier predicted a growth rate of 3.3 percent in July for the rest of the year and 3.8 percent for 2016. However, in a report released Tuesday 6th (the day ministers were unveiled), it further reduced those figures to 3.1 per cent and 3.6 per cent respectively.

“The risk of an outcome worse than its forecast are more pronounced than they were just a few months ago,” the report declared.

IMF pointed out clear economic challenges facing the Nigerian economy as well as other emerging markets to include; increased debt profile, lower commodity prices, slower growth rate, which are capable of destabilizing the economy and widening the gap between poverty and hardship the citizens suffer.

It went ahead to mention the possibility of lower potential growth which could reduce an economy’s maximum capacity to grow or increase productivity, and further advised emerging markets like Nigeria to immediately fashion out an alternative policy tool to ameliorate the current situation, which could include investment targeted at reducing unemployment and enhancing skills of workers in order to attain higher rate of productivity.

With the list of ministers unveiled, economic watchers have questioned the rationale behind their selection with much anxiety expressed over which of them would head the Finance Ministry or the coordinating minister of the economy.