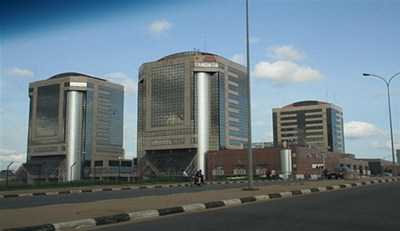 New Nigeria Peoples Party (NNPP) has demanded the extension of the collection of the Permanent Voters Cards (PVCs) by the Independent National Electoral Commission (INEC).

At a press briefing in Lagos on Thursday, the party posited that the extension has become necessary taking into consideration the number of voters that have not been able to collect their PVCs.

He stated that NNPP appreciated the reason given by INEC for the postponement of the election earlier scheduled for February 14 and February 28 respectively, with regard to the problem associated with distribution of  the PVCs and security issues.

“We are happy to note that more Nigerians now have a chance to vote in the reschedule elections as reports from our members across the federation show that many Nigerians who were hitherto unable to collect their PVCs before the February 10 deadline earlier given by INEC for the collection of PVCs have been able to collect…let INEC extend the date for the PVC collection, afterall the first election comes up on March 28,” added the party’s chairman, Dr. Boniface Aniebonam.

While appreciating the efforts of the government in tackling Boko Haram in the North-east, the party stated that “for the first time in recent times, we have demystified the myth surrounding Boko Haram and given hope to our people…now we can all talk of holding election in every part of the country.”
He therefore stated that President Goodluck Jonathan should be allowed to continue.

“Like former Chairman of the Economic and Financial Crimes Commission (EFCC), Mallam Nuhu Ribadu said recently, you don’t change a Commander-in-Chief in the middle of war, we at NNPP believe with the current strategies now yielding positive results, there is no point in changing the president now.

“For this reason, after due consultation with our members across the states of the federation, we at the NNPP have decided to adopt President Jonathan as our candidate in the March 28 election.”

Ijaw Women’s Group Endorses Jonathan
A group working to improve the welfare of women from the creeks in the Niger Delta, Ijaw Women Connect, has called on Nigerians to re-elect President Goodluck Jonathan as the interest of women would be better protected through him.

The National President of the group, Rosemary Graham Naingba, in a communique issued on Thursday listed several achievements of President Jonathan in the last four years.

“He has provided a truly representative democracy, women empowerment, youths and student participation in government. What about the allocation of more funds for qualitative education, 35 percent affirmative action for women in government and the containment of the dreaded Ebola virus disease?,” she said. Naingba said the group is not supporting the president because of ethnic sentiments, but because he has initiated programmes that have improved the lot of women more than any leader before him. She added that the president had also placed the welfare of workers and the vulnerable on the front burner.

“…such as the Employees Compensation Scheme that provides succour to workers that sustain injuries in the workplace. The scheme will also provide social security to the elderly and youths without employment,” she added.