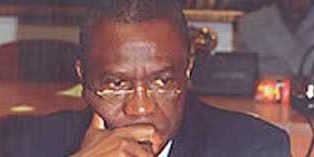 Barely one week after he stated that Igbo should not aspire to the Presidency, Senator Arthur Nzeribe has been taken to the cleaners.

Commenting on the former senator’s remarks, Senator Emmanuel Onwe, Director of Operations, Njiko Igbo, stated that Nzeribe had no moral right to make such a statement, since he has not, in recent times, talked about the injustice meted out to the Igbo.

“First and last, given his personal history, Senator Arthur Nzeribe lacks any moral or legitimate standing to speak for Ndigbo on either the 2015 question or any question whatsoever,” he stated.

Continuing, Senator Onwe said: “It is curious that this nation has been in a quasi state of war for over two years but the voice of Nzeribe has been silent. Ndigbo have been bombed and butchered in their places of worship and business in some sections of this country by nihilistic Islamic fundamentalists and yet the voice of Nzeribe has remained silent. The corpses of dozens of young men who were clearly victims of extrajudicial executions were recently plucked from Ezu River in Anambra State and yet Nzeribe did not call a press conference to condemn it or demand answers from the Nigerian state.

He wondered what’s wrong with Nzeribe, to make him take such a stand against the Igbo, asking: “What is really wrong with men like Senator Nzeribe, a geriatric who, at the age of 74, still prefer to offend the sensibilities and legitimate aspirations of decent people through shameless self-promoting politics?”

Senator Onwe stated: “It is disheartening that Senator Nzeribe, who ought to know better, has allowed himself to be sold on this preposterous argument, which is nothing but a cheap blackmail designed to cloak the pervasive prejudice that has kept Ndigbo in the third class tier in the politics of the Nigerian federation.

“No Nigerian civilian president or prime minister has ever launched himself to power on the springboard of ethnic unity since the advent of the Nigerian state. By taking the position that he has taken, Senator Nzeribe has demonstrated that he lacks any measure of grasp or apprehension of central executive power politics in this country. Having been a participant in the political game, as Nzeribe clearly had been, does not confer such understanding.

“It is hard to resist drawing the conclusion that Senator Nzeribe came to his erroneous and inflammatory conclusion having been seduced, induced or deceived by personal and selfish considerations rather than by considerations of what is in the best interests of Ndigbo and indeed Nigeria in general. But it must be emphatically stated that a hundred, a thousand, a million Arthur Nzeribe’s cannot and will not break the Igbo spirit nor weaken the Igbo resolve.”

He stated that if ethnic unity was the prerequisite for aspiring to the presidency, “as posited by Nzeribe, then the philosophy of Njiko Igbo should come highly recommended to him. Njiko Igbo is an organisation dedicated to the struggle for the ascent of a citizen of Igbo extraction to the presidency of the Federal Republic of Nigeria in 2015. We are fully committed to the security and peace of our nation, and to the comradeship of a common justice for all Nigerians.

“We are neither a political party nor are we affiliated to one. Our primary mission is to enlighten and mobilise the Igbo population, both at home and in the Diaspora, to stand firm and united in the pursuit of our collective goal. Our secondary duty is to connect with and persuade the rest of the Nigerian population about the justice of our cause.”

The Njiko Igbo chieftain said that as the Igbo, “continue to swim against the tide of baseless suspicion, distrust and deep-rooted prejudice in this country, characters such as Senator Nzeribe bring unfortunate affirmation to the very elements that negate the status of Ndigbo as legitimate citizens with legitimate aspirations in their own country.”