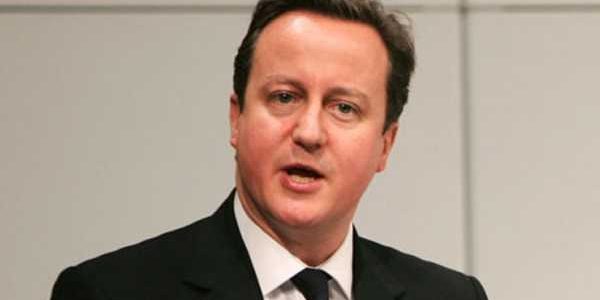 Despite British Prime Minister David Cameron’s assurance that he will not sanction the controversial 3000 pounds visa bond,

his government last weekend insisted it would begin the trial this November. The visa is to restrict some visitors from India, Nigeria, Kenya, Sri Lanka, Pakistan and Bangladesh.

They will have to pay the cash bond in return for visitor visas that allow them to stay in the UK for up to six months.

At the height of the controversy, David Cameron’s administration assured that he would not sanction the policy. But last weekend, FT said: “Britain is pressing ahead with its trial of a scheme to make visitors from six countries pay a £3,000 bond, despite an international backlash and complaints from businesses. The government said it would begin a pilot in November to impose visa restrictions on six Commonwealth nations, including India and Nigeria, even though David Cameron poured cold water on the scheme in June after it provoked uproar in Delhi.”

“The Prime Minister has not cleared this policy. He doesn’t want to do anything that cuts across the message he took to India,” an ally of Mr. Cameron had told The Financial Times at the time.

The British government has reportedly decided to go ahead with it though the Home Office insisted that it was meant to target only “high-risk” applicants.

An official told media that the scheme would be “highly selective”, targeting only “suspicious” applicants.

Under a “pilot” scheme, to be introduced in November, first-time visitors from six non-white Commonwealth countries, including India, Pakistan and Bangladesh, will be required to deposit a cash bond of £3,000 for a British visa. It will apply only to those seeking a six-month visitors’ visa.

According to the government, these six countries pose the “most significant risk of abuse” of visas by their citizens.

“In the long run, we are interested in a system of bonds that deters overstaying and recovers costs if a foreign national has used our public services,” the Home Office said.

The move comes barely weeks after Mr. Cameron and Deputy Prime Minister Nick Clegg were reported to have refused to clear the scheme in its present form, fearing that the backlash in India and Nigeria threatened to damage bilateral relations at a time when Britain is desperately trying to woo Indian investors and tourists.

Cameron was reported as saying that he would “not sanction” any policy that was likely to undermine his push for investment.

The Financial Times said that the u-turn had provoked anger in Britain’s business circles, who described the plan as an “insulting deterrent” to wealthy tourists from countries like India and Nigeria.

“They are urging the government to drop the pilot, saying the restrictions will damage their business if Commonwealth tourists, particularly Nigerians, now the sixth biggest spenders on luxury goods in Britain, are put off,” it said.