“… Nigerian Unity is Only a British Invention” – The Harbinger of Boko Haram Terrorist – Lt. Gen. Minimah 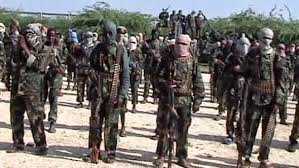 Signs of what constitute the endless repetition of history abounds in that British creation not a nation made by God but geographically named Nigeria. “Since 1914 the British Government has been trying to make Nigeria into one country, but the Nigerian people themselves are historically different in their backgrounds, in their religious beliefs and customs and do not show themselves any signs of willingness to unite … Nigerian unity is only a British invention” – Alhaji Sir Abubakar Tafawa Balewa, 1948.

“Nigeria is not a nation. It is a mere geographical expression. There are no ‘Nigerians’ in the same sense as there are ‘English,’ ‘Welsh,’ or ‘French,’ The word ‘Nigeria’ is a mere distinctive appellation to distinguish those who live within the boundaries of Nigeria and those who do not” – Chief Obafemi Awolowo, 1947.

The immediate past Chief of Army Staff, Lt. Gen. Kenneth Minimah, said on Wednesday that the Boko Haram threat would have been nipped in the bud if Nigerians had united in support for the military and condemnations against the insurgents.

The former Army Chief who made the comment while delivering a valedictory speech at a pulling out parade organised in his honour, stated that the insurgency snowballed into a graver dimension because people exploited the security challenge to vest sectional, religious, and political interests.

He called on Nigerians to unite and the give the requisite support to the Federal Government and the security forces to surmount the threat posed by the Boko Haram terrorists.

Minimah urged Nigerians to condemn and take practical steps against the terrorists and other criminal elements in order to ensure the prevalence of peace and security in the society.

He said, “In the last decade, we have seen the extent to which people who harbour evil against their fellow humans can go to inflict pain and death on innocent people.

“This is the time for us to rise in unison, not only to condemn but take actions against the activities of the Boko Haram terrorists and other criminal elements in order to foster peace and security in our society.

“Perhaps, if we had all stood against the terrorists at the onset through condemnation of their activities and active collaboration with the military to confront them rather than use it as a tool to advance section, tribal, religious and political interests, we would not have been where we found ourselves today.

“We must therefore all unite and support our government and security forces to tackle the current security challenges.”

Minimah, who said the country, toyed with the health and vitality of the military, called for adequate funding of the Armed Forces.

He called on the government to create the right environment for the recruitment, training, equipping and kitting of military personnel in the country.

He said, “a nation is as strong as its Armed Forces and the strength of the Armed Forces is in the quality of the individual soldier and his fighting spirit.”

Minimah said the fighting spirit makes the soldier to stand up to the enemy rather than fleeing at the advance of the enemy.

He stressed that adequate welfare provision for troops could motivate them to make the expected sacrifice including their lives, if necessary, in defence of the country while adherence to discipline makes them to operate within military laws.

Minimah said he took over the Army at a time the security situation in the North-East, the North-West and even the North-Central was making the citizenry to lose faith in the military.

He said he confronted the problem of decay emanating from long period of neglect of the military, inspired the fighting spirit in the soldiers and left the Army better than when he took over.