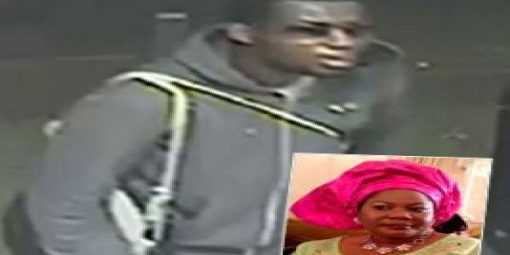 Details have emerged at the Chelmsford Crown Court in London of how 21-year-old Nigerian student Emmanual Kalejaiye made meticulous plans before murdering his 44-year-old accountant mother Tolu Kalejaiye at their family home in Wethersfield Way, Wickford, on September 26 last year.

Mrs. Kelajaiye, who worked as an accountant at TAK Consulting Limited in the United Kingdom, hailed from Abeokuta in the south-west Nigerian state of Ogun and studied Accounting & Finance at Middlesex University in Hendon, North London.

During the trial opening at Chelmsford Crown Court on Wednesday, prosecutor Andrew Jackson explained how Emmanuel made “meticulous and detailed” plans over the summer to kill his Kalejaiye.

The court heard how he bought a knife from Lidl and attacked his mum shortly before 7.30am that morning, as she got ready for work.

More details emerged yesterday when it was alleged that Emmanuel had planned to pose as his mother as a strategy to escape after stabbing her. The young man learned to walk in heels and bought pink women’s clothes so he could impersonate his mother, the court was told.

It was a heart-rending scene at Wednesday’s hearing when a recorded message was played in court by the prosecution to show how Mrs. Kalejaiye desperately tried to call her friend Leo Shogunle as she was being stabbed by her son, but he was asleep, and the call went to his voicemail.

In the recording, she could be heard screaming and shouting, before going silent.

After this voicemail clip was played, Mr Jackson said: “What that marked was the last moments of her (Mrs Kalejaiye) life at the hands of her eldest son – this defendant.

“You may have heard her begging him not to kill her.

Mrs. Kalejaiye suffered more than 40 stab wounds during the attack, including to her head, face and neck.

Mr. Jackson told jurors: “You will hear about damage to her upper limbs – her hands, which indicates she desperately fought against him to save her life.

“Death was due to haemorrhage, which was caused by severing of carotid and jugular arteries in the left side of her neck.

“There was a considerable amount of blood, bearing in mind the severing of these main arteries.

“There appears to have been an attempt to burn her abdomen.

“A black coat was lying over her body when she was found and you will see the circular yellow area – a burn or singe mark.

“He left her lying on her back on the kitchen floor covered in some sheets and that black coat.”

Mr. Kalejaiye then moved his mother’s car from outside the house and parked it in a nearby street, to give the impression she had gone to work, it is alleged.

He then returned to the detached house “to begin the awful task of disposing of his mother’s body,” Mr. Jackson said.