Nigerian Army to trial Lt. Col, 15 others over Chibok girls 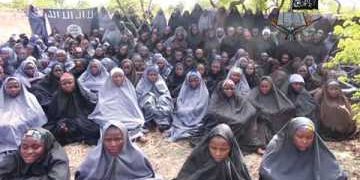 The Nigerian Army has concluded arrangements to arraign 16 soldiers over the April 14, 2014,

abduction of over 200 students of the Government Secondary School, Chibok in Borno State.

Three of the soldiers are officers while the remaining 13 soldiers belong to other ranks.

Our correspondent gathered in Abuja on Monday that barring any last minute change, they would appear before the General Court Martial at the Maxwell Khobe Military Cantonment, Rukuba, Jos in Plateau State after the Sallah holidays.

A source said their trial would take place at the headquarters of the 3rd Armoured Division, Rukuba in Jos for security reasons.

Lt. Colonels B. Garke and   O. S. Obot are the waiting members of the panel which has Captain A. Mohammed as the judge advocate and Lt. G. B. Suleiman as the liaison officer.

Investigations on Monday revealed that Ojo, who was the Unit Commander, in Biu, was summoned to the GCM in relation with the conflict in the number of girls said to have been abducted by Boko Haram insurgents and those   rescued at the time of the incident.

The officer is also being charged for alleged failure to reinforce the Chibok community when the incident occurred.

It was gathered that the officers were being charged for failure to perform military duty, an offence that attracts a maximum of two years’ imprisonment.

A source, who confided in our correspondent said that the Lt. Colonel had stated that the number he gave was not the one that was used in a statement by the Defence Headquarters on the reported rescue of some of the abducted girls.

The said statement was later withdrawn.

The source said, “The Lt. Colonel is being charged for allegedly giving information without verification, negligent performance of military duty and not going to reinforce the place where the incident took place. The charge attracts a maximum of two years’ imprisonment.”

He also said that Ojo had not completely taken over from his predecessor and had complained about the number of men and equipment on the ground when the abduction took place two days after his arrival in Biu for the mission.

It was stated that the shortage of men was shown by the fact that only the 2nd Lt. and 13 soldiers were in Chibok   in spite of the fact that the place had a heavy presence of insurgents.

It was gathered that the other soldiers led by Godknows were on duty at the headquarters of the Chibok Local Government Area on the day of the incident.

Another source told our correspondent that the Army was not   notified of the examinations that were going on in the school.

The source said that a statement by the Principal of the School, Asabe Kwambura, corroborated the soldiers’ claim.

Investigations revealed that the soldiers left their location in Chibok to lay in ambush when they received a report that insurgents were planning to attack them on the night the schoolgirls were seized.

They were said to have lost a soldier during the face-off with the Boko Haram members.

The source said,   “Only Godknows and 13 soldiers were on duty in Chibok. They were not stationed within the school. No soldier was stationed in the school and they didn’t know that the school was in session.

“Nobody notified these people that the girls were having an examination in the school. Even the principal admitted in her statement that the soldiers were not notified.

“They were told that their camp was about to be attacked so they went out to lay in ambush for insurgents. One of the soldiers died.

“But I can confirm to you that the Army has   concluded preparations to arraign them.”

The abduction of the schoolgirls sparked global outrage with world leaders   calling on the terrorist group and the Federal Government to ensure their safe release.