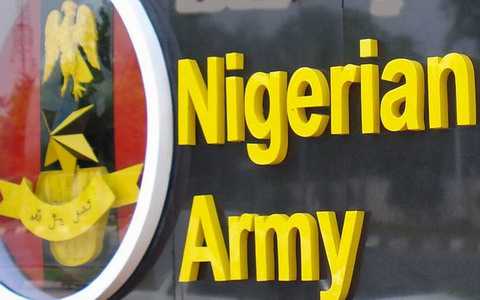 …As National Assembly, NIIA hold retreat on nation’s foreign policy
By EMMA EMEOZOR The threat of Boko Haram’s insurgency to Nigeria’s security has had its onslaught on the nation’s foreign policy behaviour following the Federal Government’s withdrawal of its peacekeeping troops from Mali. This was disclosed yesterday by the Senate President, David Mark in a keynote address entitled: ‘Aspects of Nigeria’s Foreign Policy in Contemporary Times,’ delivered at a retreat on ‘Nigeria’s Foreign Policy’ jointly organized by the Senate Committee on Foreign Affairs and the Nigerian Institute of International Affairs (NIIA) in Lagos.
Mark who bemoaned the development said the Federal Government had to withdraw the troops from Mali to strengthen its forces against Boko Haram insurgents and combat other internal crisis rocking the nation.
“It is not in our character to withdraw from international peace support operations of this nature but the monster that is Boko Haram has not been easy for our nation to tackle,” he said.
The Senate president highlighted some of the activities of Boko Haram militants, especially their “suicide bombing of churches, mosques, markets, public institutions and population centers.
He defended the decision of the Federal Government to accept foreign assistance in the fight against Boko Haram when he said: “For the foregoing reasons, and especially because Nigeria is a developing country that has not acquired the requisite logistics and strategies for dealing with terrorism of their magnitude, we had to rely on international collaboration to curb the menace.”
Mark also gave clearer insight into the initiatives adopted at the Paris Summit “to curtail the excesses” of Boko Haram. They include “mobilizing funds in support of women and girls in marginalized areas, coordinating support for regional cooperation through technical expertise, training programmes and support for the border area management programme, and instituting sanctions against Boko Haram within the framework of the United Nations.”
He commended Nigeria’s neighbours “who have agreed on a bilateral basis to implement coordinated patrols with the aim of combating the insurgent group.
In his address entitled: ‘The Senate and Foreign Policy,’ the Chairman, Senate Committee on Foreign Affairs, Senator Mathew Nwagwu told participants that the Senate has performed its functions as they relate to the nation’s foreign policy creditably.
He drew attention to the Committee’s oversight visits to twenty-five randomly selected Nigerian Missions abroad out of the 119 as well as series of interactions it had with the Ministry of Foreign Affairs.
Nwagwu said the outcome of the visits “were revealing as to the poor conditions of our Missions abroad, as well as some inherent challenges inhibiting the effective conduct of our foreign policy.
“These ranges from Big Brother Syndrome without corresponding benefits, inadequate and epileptic funding of Ministry of Foreign Affairs and Missions, poor welfare package and condition of living of our Foreign Service officers and their security and lack of enough facilities available to our officers like housing, office space and utility vehicles, etc.”
Nwagwu was emphatic when he said “Nigerians who have no legitimate reasons to travel abroad should be discouraged, while those with genuine reasons to travel must be told in clear terms to be law abiding and be good ambassadors of their country.”
This, he said, “will reduce or eliminate some of the consular problems facing Nigerians abroad.” He asked participants to examine the nation’s foreign policy as presently practiced and recommend improvements to it.
Other areas Nwagwu urged the retreat to discuss and proffer solutions include the strength and weaknesses of Nigeria’s foreign policy, “with a view to refocusing our National Interest to enable us compete favourably in today’s ever-changing global politics.”
In his comment, the Chairman of House Committee on Foreign Affairs, Nnenna Elendu-Ukeje noted that Nigeria’s foreign policy has been “the subject of many varied conversation in hardly glowing terms probably because of a scant understanding of it and or of ineffective articulation of same.”
She called for the harmonization of the policies of government to enable Nigeria perform and achieve desired results in both local and international frontiers.
The Permanent Secretary, Ministry of Foreign Affair, Amb. Martins Uhomoibhi used the occasion to explain the destination of the ministry just as he affirmed its vision. “The ministry’s destination is better captured in the encapsulation of its vision statement namely: Our Vision: (is for) “Nigeria to become one of the top twenty economies of the world, a becon of hopes for Africa, the black race, and the developing world,” he said.
He said the ministry and the diplomatic Missions have undergone a “painful surgery” to correct its “deformity” and have “become the apple of the eyes of many suitors.