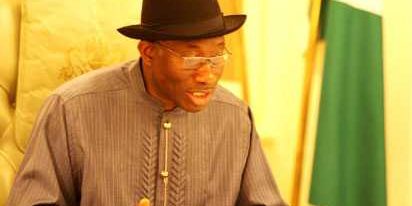 President Goodluck Jonathan yesterday assured the President of the International Criminal Court, ICC, Mr. Sang-Hyun Song, that Nigeria was not considering withdrawing from the jurisdiction of the court.

Speaking at an audience with the ICC president at the State House, Jonathan, however, said while Nigeria still maintained its endorsement and commitment to the guiding principles and objectives of the court, the country wanted urgent action to address the current concerns of African leaders over its operations.

The President told Song that Nigeria and the African Union, AU, would work with the United Nations, UN, and the Assembly of ICC State Parties to achieve a review of sections of the ICC’s Rome Statutes, including those that deny the deferment of cases against sitting heads of state and government with definite tenures.

He said: “Nigeria freely signed up for the ICC because we believe in its objectives and the reduction of crimes of impunity.

“We believe in doing what is right, but we also think that the ICC and other stakeholders need to take greater cognisance of the challenges African leaders are facing. We are not thinking of pulling out, but we will work with others to strengthen and reform the ICC.

“Leaders with definite tenures should not be distracted from doing the work their people freely elected them to do.

Courts should solve problems, not compound them. Let us look at the ICC’s legal instruments and modify them to address the concerns of Nigeria and the African Union.”