Nigeria will not fall – Gowon; Demanding for good governance – Ezekwesili 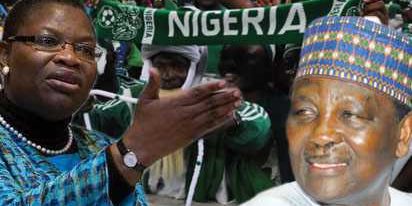 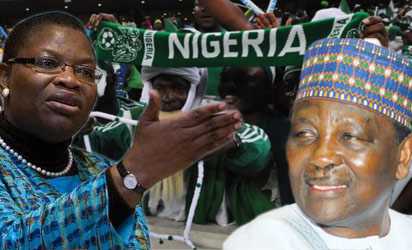 Former Head of State, General Yakubu Gowon has said Nigeria has come to stay despite the various daunting challenges confronting the country.

Gowon said this yesterday, at the 17th Wole Soyinka Annual Lecture held at the June 12 Cultural Centre in Abeokuta, the Ogun State capital.
The lecture, themed, “This house must not fall; Renegotiating Nigeria’s social contract after 100 years of nationhood”, was organized by the National Association of Seadogs (Pyrates Confraternity) as part of events marking the Nobel Laureate’s 80th birthday.

The elder statesman said the populace wanted a perfect condition, which according to him was not possible.

“Every nation has a problem, even the advanced countries. I am optimistic that things will take shape in this country,” he said.

“No matter what happens, I am confident that this nation will not fall. I have a great belief and faith that the younger ones will do it better.”

“The major problem that we have today is that people want a perfect Nigeria of their own making. But we need to understand, learn and respect each others’ point of view,”he said.

Gowon stated that as a soldier, he believed in democracy, describing himself as a democrat.

Commenting on the state of insecurity in the country, the retired General admitted that Nigerians should do away with the attitude of seeking external solution to local challenges.

He cautioned that the attitude of politicians to avoid the culture of discontinuing whatever project initiated by their predecessor, warning that such could pull the nation down.

Also speaking at the occasion, former Vice-President of the World Bank, Dr. Oby Ezekwesili who was a guest lecturer, said there was need for the people to renegotiate a new social contract by demanding for good governance and rule of law.

She enjoined Nigerians to become more conscience and pro-active in the democratic structure and should be ready to pay any sacrifice thereof.