Nigeria will not disintegrate in 2015 Chidi Ebere 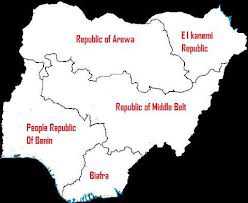 The Chaplin, Plateau State Government House, Chidi Ebere has disputed insinuations and prophecies making the rounds in the country that Nigeria may disintegrate during or after 2015 general elections, saying that “The country will be at peace beyond 2015”.
The Cleric stated this while fielding questions from journalists in Jos, on the nation’s 14 years of uninterrupted democratic rule.
He recalled several stories of disintegration, prior to the 2007 and 2011 polls, but said the country had remained an indivisible entity.
According to him, those who are spreading rumours of disintegration do not mean well for the country, and Nigerians should be weary of such persons whoever they claim to be.
“Nigerians must believe only in the power of God, who has the right to offer political, economic and power of destiny”.

Stressing that, “No one should intimidate us with prophecy of disintegration of the country.
Speaking further on the agitation by Nigerians on who governs the country come 2015, he urged Nigerians to depend on their fate and trust only God, who has the power to change what the mortal man thinks and feels is unchangeable.
“All powers belong to God who is supreme and will give it to whoever he feels is capable to govern Nigeria. Let Nigerians irrespective of political positions seek God first, and all other things, including powers of all sorts will be theirs”.
Commenting on the contributions of the Church to the sustenance of democratic rule and the return of relative peace in Plateau State, he said, “Nigerians must continue to pray without season for permanent peace and harmony. Men of God have done so well in preaching for peace”.
On the security challenges bedeviling the country, the Cleric asserted that, “In my opinion, the crises we have been witnessing all over the country was a direct attack on the Christendom. This unwarranted attacks have instilled fears in most worshipers as people attend service with fear, but we cannot blame them, because many went to church, only to be taken to hospital’s morgue”.