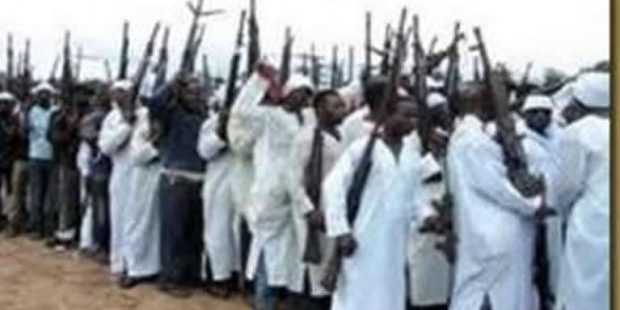 There are mounting concerns in security circles over the issue of special arrangement for the security operatives deployed in the operational areas in the three states of Borno, Yobe and Adamawa which are under emergency rule.

Saturday PUNCH  learnt that low  morale occasioned by lack of motivation and poor welfare package might be some of the factors working against the successful execution of the war against Boko Haram militants  in the zone.

The Islamic sect  had killed close to 200 people in the last one and half weeks including the massacre of 53 schoolchildren    in Yobe State.  Thirty five persons were also killed on Sunday during a fierce gunfight between the insurgents and soldiers in Mafa, a community that is 45 kilometres to the east of Maiduguri in Borno State.

The Mafa attack was the third within 24 hours in the troubled state. Last Saturday, a twin bomb attack left 52 people dead while another attack on Mainok village by the insurgents  killed 39.

Saturday PUNCH learnt  that both the medical care and welfare packages for the fighting  soldiers were grossly insufficient to motivate them.

Saturday Punch  had in a previous edition reported that  outdated  military weapons  hindered  effective war against the Islamic insurgents. It was reported that the last time serious military hardware was purchased for the Nigerian military was during the Alhaji Shehu  Shagari regime in the early 80s.

Also, Borno State Governor, Kashim Shettima,  had warned that  from what he had seen, the sophistication of the weaponry of the Boko Haram insurgents could not  be compared with that of Nigeria’s  military.

But  Saturday PUNCH findings showed that apart from outdated weapons,  other issues bordering  on welfare and motivation might be hindering effective war campaign against members of Boko Haram.

Some of the soldiers who spoke to Saturday PUNCH  on the condition of anonymity, because it is against military rules for unauthorised soldiers to speak to the press,  alleged that  apart from the poor welfare package, some of the wounded soldiers pick their own medical bills while others  do not get  the required comprehensive medical attention.

It was gathered that most of those injured in conflicts were treated at the barracks while complicated cases were referred to  government hospitals, including the University of Maiduguri Teaching Hospital.

A soldier said, “Some of the injured are compelled to pay for their drugs, they have to pay for the expensive drugs, the only drugs available are  usually   paracetamol and  phensic.’’

He claimed that some soldiers’ limbs had been amputated due to lack of proper   medical attention.

Another soldier   told our correspondent that there was a time one of them  was shot in the  stomach and  admitted at the UMTH. “’When we visited him, we could not but be moved to contribute some money towards his medical care, because  he was in great pain and had no money to treat himself.’’

Investigations revealed that since President Goodluck Jonathan declared a state of emergency in the three Boko Haram endemic states on May 14, 2013, the Joint Task Force, which assumed initial responsibility of combating the insurgents, put in place an arrangement to pay N1,000 per day to each security operative involved in the operation.

It was learnt that the same amount was paid to soldiers, riot policemen, State Security Services officials and other security operatives under the JTF.

Security sources said  that while the Federal Government paid  N45,000 per month to each security operative, the authorities deducted the sum of N15,000 from each personnel as feeding allowances in the camps.

Investigation further revealed that the present arrangement makes a provision of N50, 000 for the  family of any soldier or security operative who gets killed in action.

It was further learnt that no extra financial arrangement was put in place to cushion the pains of injured soldiers in the frequent audacious attacks of the sect.

It was also learnt that while in principle, medical arrangement was supposed to be made available for injured soldiers, some of them with gunshot wounds were left at the MRS.

The  MRS is a short term for the traditional medical facility in any military formation in the country.

In most cases, the MRS is not equipped to the level of a standard medical facility with the capacity that could give adequate treatment to gunshot wounds inflicted on  soldiers during gunfights.

It was further learnt that even those who were taken to the general hospitals where they are supposed to be treated for free had issues with the quality and frequency of the feeding arrangement.

It was stated that a good number of security operatives were being lackadaisical  because of the magnitude of risk and the associated loss involved in the operation if things went the other way.

The source said, “What they pay is N45, 000 per month to each security operative. When you say soldiers, there is no difference between a soldier, police, SSS, immigration, customs or any other security agent.

“If you are unlucky and you are injured, you are taken to a general hospital, where you will be treated. They will feed you but if you rely solely on that and you don’t have money, hunger go wire you.”

“There are also occasions when soldiers are taken to the MRS where they simply dress the wounds if there are no spaces in the general hospitals.

“And if a soldier or security operative is killed, they pay N50, 000 to the family, they take the body back home and that is it. Of course, this is apart from the entitlement of the personnel in his service.

The source said that the issue of the N50, 000 death allowance to the family was a major disincentive to the soldiers and security operatives involved in the fight.

It was stated that many security operatives were reluctant to be transferred to the operational areas because of the feeling that N50,000 could  be easily made in a non-operational area and was not worth the risk.

In Borno State, some of the soldiers  who spoke to Saturday PUNCH said they were not being paid the feeding allowance.

One of them who  said, “We were supposed  to get  N45,000 monthly allowance which should also take care of our feeding but instead of getting  the whole amount, we are only paid N30,000 monthly with the understanding that the remaining N15,000 was  deducted to prepare food for us.”

The soldier, who is of the infantry unit of the Nigerian Army, said that  he was returning  to the troubled Maiduguri. He  explained that  in his first sojourn to the troubled region, soldiers  were served thrice daily.

He said, “But now the food is brought just once; the whole three meals are brought at the same time.’’ He also  lamented that the quality of the food was poor.

Another soldier, a Lance Corporal said, “I just dey manage the food, it is not something that is worth the N15,000 they are taking from me monthly but wetin man go do?”

He said he believed  that the allowance was jointly contributed by the state and the Federal Government.

The soldiers described the N1,000 per day allowance as grossly inadequate.  One of them said it was generally believed  that the allowance is N5,000 daily, but that  the officers  were  short-changing them.

He said the most annoying thing was that the soldiers were made to go  back home empty-handed after the exercise. The soldier, who said this was his second time of being  deployed in  the state, explained that: “The other security outfits in the Joint Task Force deployed out of the state went away with N1m when they were being deployed from the state  but those from the Army went with  nothing.”

One of the soldiers lamented that other incentives from the governor of Borno State were not  given to them by their superiors.  He said, “There was a day we went  out with the governor and he gave the officers N12,000  each for a soldier but the officer just bought a can of coke for each of us  and did not give us anything.

“It is a pity that there is so much corruption in the system and this is discouraging,    especially  at times like this when  morale should be high to deal with the insurgents.”

The soldiers, however, said the state governments in the region  had been helpful to families of soldiers that lost their lives in the fight against the insurgents.

“The states give N1m each to the families of slain soldiers,’’ they said,  but  lamented that this, sometimes, does not get to the family of the deceased intact, alleging that officers sometimes give as little as N250,000 to some families.’’

When Saturday PUNCH contacted the Director of Defence Information, Maj. Gen. Chris Olukolade, for comments, he said that he was not in a position to state what local and state governments were giving to the security operatives and asked that the inquiry be directed to them.

He stated also that the assistance being rendered by states was not general as each state had arrangement which might differ from the others.

Olukolade explained that the military did not have any special conditions of service for  soldiers engaging the Boko Haram  insurgents in the ongoing operation.

He said that the statutory conditions of service for the operatives were in place in the event of any incident.

He also debunked the claim that N50, 000 was the standard compensation to families who lose their members in action, noting that the amount was dependent on the rank of the personnel.

“There are other entitlements and it depends on the rank of the personnel; there is the Nigerian Army Welfare Insurance, which is paid to them; there is Benevolent Funds which are also paid to them.

“All of them are meant to augment other benefits that would come up. The details of the conditions of service for soldiers apply and they differ…

“On the issue of what states or local governments are giving, what Borno claims to be using to assist may be different from that of Yobe and Adamawa, it is not universal.”