Nigeria Poice we have links to Nyanya bombers 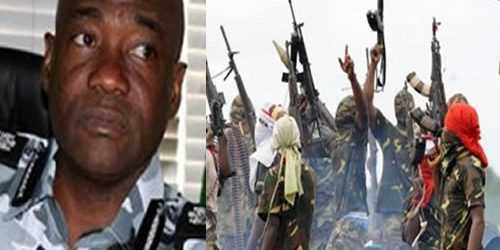 Two days after the Nyanya Motor Park bombing by terrorists, which claimed the lives of over 100 persons, police have said they now have links that will possibly lead to the arrest of the perpetrators of the crime. Assistant Inspector General of Police in charge of Zone 7, Suleiman Abba, who made the disclosure in a briefing, noted however that no arrest has yet been made, saying “but I assure the public that with the links we have, investigation will lead us to the culprits and they will be arrested.” Expressing the condolences of the Police to the families of victims of the attack, Abba said: “We were pained by that incident. Even at that, we have made efforts to re strategise and come out with better approaches towards ensuring that such occurrence did not happen again.” Explaining that the bloody incident could have been avoided, the AIG said: “The logistics and arrangement to prevent that vehicle from gaining access to the motor park premises was there. “The park was very well fenced, supported by a strong gate for control and checking of vehicular movement into and out of the park. But the utilisation by the operators was poor.” Disclosing how investigation is been carried out, AIG Abba said: “After the incident, the IGP, Mohammed Abubakar set up a high-powered team of experienced and highly trained investigators to unravel those behind the dastardly act. “The team is made up of Force Criminal Investigaion department and investigators from the FCT Command. “However, let me inform you that right from the crime scene, investigations has already commenced as experts of the Explosive Ordinance department, EOD, including other specialised departments collated all materials that could possibly lead to unravelling the crime. “Other investigators of other security agencies scooped items that could lead to getting the perpetrators too.” Asked why closed-circuit television, CCTV, cameras were everywhere yet no criminal had been captured using the equipment, the AIG said: “Majority of the CCTV cameras in the FCT is working. “Not long ago, I took student of the National Defence College on study tour to the control centre and we saw its workability. “The only challenge is that the installation processes have not been completed. However, let me say that nowhere in the world are installations of CCTV cameras left in the hands of government alone.” Source vanguard