Nigeria not broke, but has cash flow problems — FG 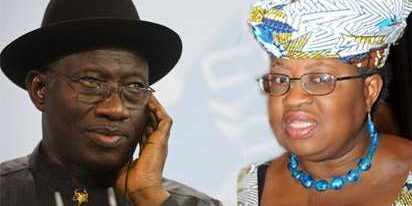 THE Federal Government said yesterday that Nigeria was not broke but admitted that the country was having cash flow problems.
Accountant-General of the Federation, Mr. Jonah Ogunniyi Otunla and the Director-General of Budget Office, Mr. Bright Okogwu, stated this while answering questions from members of the Senate and House of Representatives Joint Committee on Appropriation and Finance.

Both explained that unlike certain countries with similar experience which had started borrowing monies to pay salaries of their workers, Nigeria was not yet doing that.

Mr. Okogwu said the country was still financially buoyant and had been meeting all its obligations, adding that the economy of the country was normal except what he described as “inadequate funds in circulation.”

The government representatives who were at the meeting held to consider the 2012-2014 Medium Term Expenditure Framework, MTEF, earlier forwarded to the National Assembly by President Jonathan preparatory to the 2014 budget presentation in November, insisted that Nigeria was financially firmed.
“Nigeria is not broke but it is currently having cash flow problems”, Otunla responded to question put to him by Senator Ahmed Makarfi.

Nigeria not broke
“Nigeria is not broke. We may have cash flow problem. But countries like Greek and Spain are broke. They are now approaching their international neighbours for bail out but Nigeria has not done that and we are nowhere near that situation at all”, he assured.

Mrs Maria Alade, Deputy Governor, Central Bank of Nigeria, CBN, who represented CBN Governor, Sanusi Lamido Sanusi, at the event was, however, evasive in her reaction to a similar question.

She said:”As Bankers of the Federal Government, it is not our duty to tell the nation whether she is broke or not but we can tell her the amount she has in accounts at anytime but since the AGF and the DG, Budget have clearly declared that Nigeria is not broke, we in CBN also believe so,” she said.