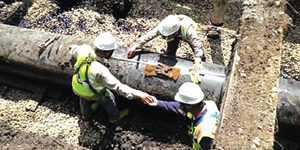 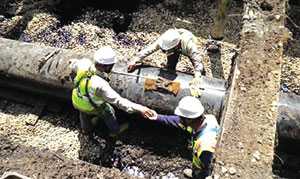 Nigeria will be losing about N342.4 million ($2.14 million) daily, as Italian oil firm, Eni, yesterday, shut down its 20,000 barrels per day crude oil pipeline in Nigeria.

The shut down, according to the company, is due to sabotage on the pipeline, which had led to the interruption of 4,000 barrels a day it gets from its 20 per cent share in Nigerian Agip Oil Company.

Wall Street Journal reported that Eni’s disclosure confirmed information from a local activist, who stated that pipeline had been blown up late Sunday.

The activist had previously said Eni’s local operation is in a dispute with former security contractors on the project, a claim Eni spokesman failed to confirm or deny.

“Uncertainty coming from places like Libya and Iraq has been offset by the fact. Physical cargoes of oil in the Atlantic Basin, Nigeria for one, remain well supplied,” Dominick Chirichella, analyst at the Energy Management Institute, said in a note.

Shell Petroleum Development Company, SPDC, had a couple of weeks ago, declared force majeure on exports from a key pipeline in the south of the country because of damage caused by bad weather.

The company said daily production of 40,000 barrels of crude was suspended until repairs on the offshore platform in the EA field was completed.

The damage to the platform had prompted the shutdown of the facility, near Warri, in the Niger Delta region, it added.

“Force majeure” is a legal term releasing a company from contractual obligations when faced with circumstances beyond its control.