Nigeria’ll not break up despite challenges Lar 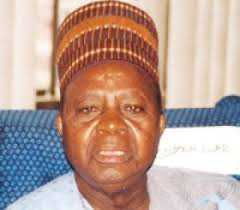 Pioneer chairman of the Peoples Democratic Paty, Chief Solomon Lar, has expressed optimism that despite Nigeria’s current travails, it would still remain a united and indivisible entity.

Lar in his message on Nigeria’s 53rd Independence Anniversary said he was privileged to be part of the celebration of yet another independence anniversary.

Lar spoke in a statement by the Executive Secretary, Mr. Major Adeyi, the ex-PDP chairman said, “It is a great privilege for me to be part of the 53rd Independent anniversary of our great nation Nigeria. For me and those of us who witnessed the lowering of the Union Jack, and the hoisting of Nigeria’s national flag, we have every reason to rejoice.

“Our experience as a nation in the past 53 years may not be all that palatable but it is worth thanking God Almighty. The process of nation building is not a day’s business, but a complex one, more than state building. We as a nation have really done well and there is hope for a greater and brighter tomorrow.

“I urge every Nigerian and all our friends to see Nigeria as doable; a nation that has come to stay an indivisible entity that will democratically solve her socio-economic problems without blood shedding again. We should not allow the mistakes of early post-Independence years to re-surface in any form.”

In his own message, Plateau State Governor Jonah Jang called on Nigerians to be optimistic that the country would emerge as a stronger nation despite its challenges.

He said that Nigerians needed not dwell on the negative side but also appreciate our positive strides in other spheres of life.

The governor also enjoined the citizens to love, tolerate, forgive and respect our diverse cultural values in a bid to strengthen this bond of fraternity.

He also enjoined Nigerians to pray fervently for the peace, unity and stability of the country and to support their leaders in order to bring about the needed transformation.