“Nigeria is not a Nation, but a conglomerate of nationalities..” – Kwara State Gov. affirmed 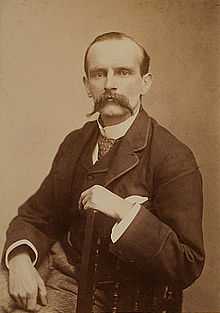 Nigeria was a 1914 British selfish-motivated formation. This British amalgamation fraud by design as provided by its creator at the point of creation was only to last for 100 years. Therefore, the creation Nigeria ended or ceased to be in January 1, 2014. As a result, ‘Nigeria’ as it stands, is dead contractually and legally speaking or can best be described as an illegal entity. The nation of Biafra lives on. Biafra nation existed for over 5000 years before the amalgamation of the 1914 that gave birth to the contraption called Nigeria.  These are facts and remain undisputable the whole truth and irreducible for that matter.

“Nigeria is not yet a nation but a conglomerate of nationalities struggling to outdo one another in the quest for control or a share of our national resources”, Kwara State Governor, Alhaji Abdulfatah Ahmed, has said.

Ahmed, who was the guest lecturer at the Nigeria Union of Journalists (NUJ) 55th independence anniversary of the nation with the theme: ‘Nigeria @55: the pains, the gains, the prospects,’ said: “One thing stands out from this seemingly endless search for the basis of our continued existence as a country. For me, the fact that we continue to find fault with constitutions commended by constitutional experts, signifies that the problem lies not in the constitution and its implementers.

While poor implementation is partly to blame for the perceived failure of these constitutions, I hold that our lingering quest for nationhood, rather than the defects of documents are responsible for the problems ascribed to them.”

The governor who represented by the Secretary to the State Government (SSG), Alhaji Sola Isiaka Gold, declared further: “The truth is Nigeria remains at best a conglomerate of nationalities, struggling to outdo one another in the quest for control or a share of our national resources.”

“While these divisions have always been with us, “Ahmed held that “they have become heightened following the return to civilian rule in 1999 and have lingered despite 16 years of democratic rule.”

According to him, “Two things have been responsible for this. One is the penchant by politicians to retreat into ethnic and religious identities for political gain. The other is a history of bad leadership that has impacted very little on the lives of the people.”
He regretted that the country despite its 55 years of existence was still faced with a leadership system that has made barely perceptible impact on their lives, stressing that “many Nigerians have over the decades retreated into ethnic identities, especially in the quest for political positions and public goods.

“This is based on the mistaken notion that having a kinsman in a ‘juicy’ appointment is the key to securing resources and development. As recent events have demonstrated, even the number one citizen cannot guarantee development at home in a flawed federal structure such as ours.

“Unfortunately, that has not stopped our increasing retreat into ethnic nationalities and identities rather than hold on the ill-defined notion of a collectively-owned Nigeria.

“Outside of football matches involving the national team when Nigerians come together as one, I cannot think of any other moments in our national life when we self identify as members of one nation, moments at which our identity as Nigeria prevails over self identification as ethnic flag-wavers.

“Though a politician, I have no hesitation in putting this issue at the doorstep of the political class, including those that have led military administrations since 1979.
“These classes of Nigerians have through omission or commission allowed ethnic nationalities to fester at the expense of our collective aspiration for true nationhood.

“To worsen matters, a history of poor leadership has driven majority of Nigerians to abandon their belief in the idea of a Nigerian nation that prioritises their welfare and security and provides tangible opportunities for their prosperity. Here is that sad truth.

“We are not yet a nation. At best, we are a conglomerate of diverse nationalities. These ethnic, and sometimes religious nationalities, are involved in individual and collective struggle for accommodation within the amorphous conglomerate called Nigeria.  And that is the crux of the matter. We cannot hope to achieve the Nigeria of our dreams if we are pulling in separate directions while refusing to see each other as part of one team.

“Other countries like America find strength in their diversities. If we are also to mobilise our people towards a prosperous country in which all find accommodation, therefore, we must learn to acknowledge our differences but rise beyond them to build a nation we can proudly call our own.

“So, how do we get out of this quagmire? What do we need to put in place to ensure that that we are truly one of the top 20 countries in the world whose citizens are also some of most secure and prosperous in the world? How do we ensure that famed expansions in our Gross Domestic Product (GDP) translate into tangible and positive transformation of the people’s lives?”

On the way forward, Ahmed said: “If a country must achieve its full economic and social capital, it must significantly improve human capital development, especially in terms of functional education. Currently, our educational system is to say the least in serious need of an overhaul.”

According to him, “Basic education, the foundation for future development, is shaky at best. Ditto the secondary school level where our wards shuffle through devoid of any clear direction in terms of curriculum as opposed to the discarded system where students were channelled towards the appropriate career choices based on their aptitude.

“Except for a few exceptions, our Universities continue to churn out graduates at an astronomical rate. Yet these graduates possess neither the necessary scientific foundation nor the entrepreneurial skills to better themselves and lead the charge to ensure Nigeria takes its place in the comity of nations. While sluggish development of our economy shares some of the blame for high levels of youth unemployment, the truth is most of these graduates are unemployable.

“Yet as we all know, education is the crucible in which all development is hatched. Nigeria cannot achieve its lofty ambitions and prospects for greatness unless and until we reform our educational system in line with our technological and economic aspirations. Even Britain has now skewed its Student Loan Scheme towards Science and Business Courses to prioritise development in these areas that are deemed of benefit to its economy. We must also skew University admission towards critical courses and reduce spaces for those courses that have no direct linkage to our technological and developmental aspirations,” he added.