NIGERIA: FULANI TERRORISM IS ON THE RISE WITHOUT ANY CHECKS 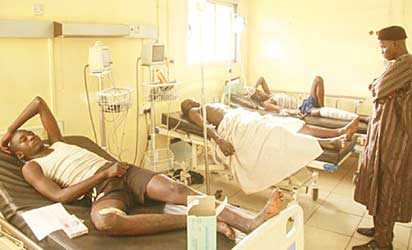 Fulani terrorism is on the rise in northern Nigeria but has generated less attention than attacks by Boko Haram, the militant group that last year formally pledged allegiance to Islamic State. Boko Haram gained international notice when it bombed the UN headquarters in Abuja, Nigeria’s capital, in 2011. Since then, it’s been labeled the most deadly terrorist group in the world—responsible for the deaths of an estimated 11,000 Nigerians in 2015.

Boko Haram leaders have roots in West Africa’s Kanuri Muslim population while Fulani leaders hail from another leading West African faction, the Fula tribe, also mostly Muslim. Fulani terror tactics have been both underestimated and misunderstood, according to Mark Lipdo, director of Stefanos Foundation, a human rights monitor based in Jos.

“These are religious extremists, like Boko Haram,” Lipdo said by phone hours after the Taraba state attacks. Lipdo said he sees no direct linkage between Boko Haram and Fulani fighters at this time, but that could change.

In news reports the Fulani fighters often are identified as “herdsmen,” with persistent terror attacks attributed to land or cattle disputes.

“Most Nigerian tribes include farmers and herdsmen,” Lipdo said. “They could report land or cattle disputes to proper authorities as others do. You don’t go killing people because a cow has been stolen.”

At one time called “Taliban” locally, Fulani and their tactics predate Boko Haram and other factions. Like Boko Haram, the group has targeted Christians in the north with little resistance from local law enforcement or national security forces. The Fulani “are jihadist in nature,” said Lipdo, and increasingly targeting Christians.

Nigerian President Muhammadu Buhari is Fulani, and upon his election, last year observers believed he would quell Fulani violence. Instead, Fulani attacks have increased.

On March 29, Fulani terrorists struck in the south, attacking and knifing Christian pastor Geoffrey Ogagaghene, who later died from his wounds, and killing 16 others.