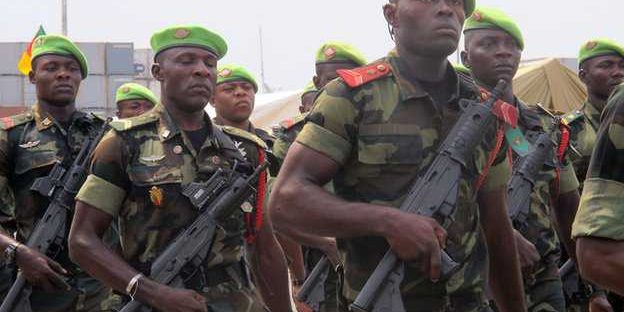 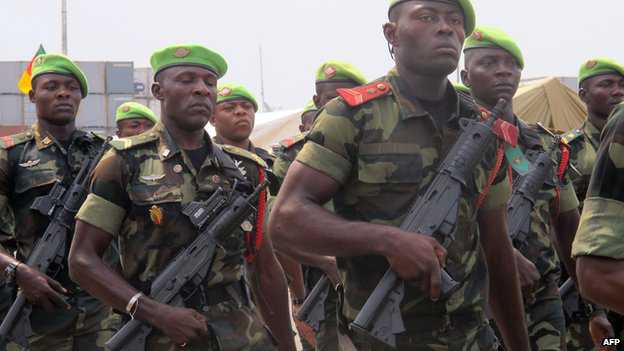 Chiefs of Defence Staff of Nigeria and Cameroon, yesterday commenced the Cameroon-Nigeria trans-border Military Operations Coordinating Conference, with the aim of evolving a joint military offensive strategy to tackle Boko Haram insurgency.
According to Nigeria’s Chief of Defence Staff, Air Chief Marshal Alex Badeh, the conference was “part of the ongoing efforts at engaging relevant stakeholders in our collective

determination to address the challenges of terrorism and other acts of criminality which our two countries in particular and the Lake Chad Basin Commission (LCBC) countries in general are currently being confronted with”
Badeh said “the overall efforts is to contain terrorism in the sub region as agreed in previous meeting where it was agreed among other things, to conduct at the bilateral level, co-ordinated patrols along our common borders in order to crack down on Boko Haram, locate and save all abducted persons.
Badeh then recalled the series of meetings held in Paris, Yaoundé and Niamey, which were aimed at articulating a common approach towards addressing the threats posed by Boko Haram in North Eastern Nigeria and Northern Cameroon as well as the Lake Chad Basin.
He said, “specifically, the Yaoundé meeting highlighted the need to enhance the fight against terrorism by operationalizing the LCBC Multi National Task Force (MNTF).
“We agreed to set up an information sharing mechanism to support our joint operations against terrorist, as well as the importance of setting up an information sharing mechanism on gun smuggling and strengthen measures to protect all military hardware and armouries in our two countries”.
With a draft resolution yet to be finalized, Badeh said the need to work together and agree on the operational details that will guide the conduct of troops at the joint operations against terrorism is needed, as he advocated “a robust strategy that would lead to the defeat of terrorism within the sub-region”.
He added that ”While the resolution is being drafted, it is imperative that we work out and agree on the operational details that will guide the conduct of our troops as we jointly conduct operations against terrorists”.
The Cameroonian Chief of Defence, General Rene Claude Meka expressed optimism that the mutual cooperation and the need to strengthen same would be beneficial to the two countries, as both countries need each other.
He presented the souvenir of a Lion to the CDS of Nigeria, saying it indicated that with Nigeria and Cameroon working together, they will finish off Boko Haram in no distant time.
Present at the coordinating Conference were the Chief of Army Staff, Lt. General KJT Minimah; CNS, Vice Admiral Usman Jibrin, Chief of Air Staff, Air Marshal Adesola Amosu and the Chief of Defence Intelligence, Rear Admiral Okoi.