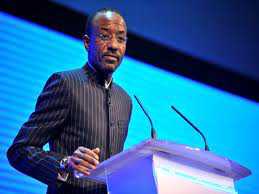 Foreign assets of banks in the country fell by 2.4 per cent to N8.68 trillion in November 2013, compared to a decline of 0.3 and 0.35 per cent in October and the corresponding period of 2012, respectively.

This development was attributed to the respective decline of 1.5 per cent and 6.4 per cent in the Central Bank of Nigeria, CBN, and banks’ holdings of foreign assets.

According to November’s economic report by the CBN, over the level at the end of December 2012, net foreign assets of the banking system fell by 4.0 per cent.

The report explained that other assets of the banking system on a month-on-month basis fell by 0.6 per cent to negative N8.04 trillion in November compared to the decline of 4.5 and 0.5 per cent in October and the corresponding period of 2012.

Also, total deposits with the CBN amounted to N6.37 trillion, indicating a decline of 3.7 per cent below the level at the end of the preceding month.