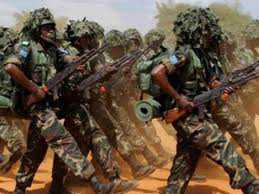 The retirements which flowed from the ranks of Major Generals, Brigadier Generals, Colonels and Lieutenant Colonels down to those of Captains and Majors according  to military sources followed the approval of the recommendations submitted to the council by the Chief of Army Staff, Lt. General KTJ Minimah.

The officers according to sources were retired based on the fact that many of them  had been caught by age on rank rule.

Others were retired having put in their papers for voluntary retirement because they have either attained the mandatory retirement age for their ranks. Some of the  Major Generals who are 57 years or   have completed  above mandatory 35 years in service as stipulated in the civil service are affected.

Among the group of those that voluntarily retired are some officers who held positions as Principal Staff Officers, General Officers Commanding and Commandant of Army Training Institutions during the tenure of the former Chief of Army Staff, Lt. General Onyeabor Azubuike Ihejirika

Authorities of the Nigerian Army have set up a board of inquiry to investigate the circumstances that led to the protest of wives of soldiers in Army barracks Enugu.

Military sources told Saturday Vanguard that the wives of soldiers of 103 battalion at Enugu sometime last week, took to the streets protesting the posting of their husbands to Maiduguri to join in the war against insurgency.

The source revealed, that the wives numbering over 200, protested throughout the day, demanding the army authorities to bring back their husbands.

According to the source, the wives of the soldiers claimed that their husbands did not join the army to die hence they (husbands) should be left afar from the war zone so that the wives don’t become widows and the children fatherless at such young ages.