Nigeria a country of paedophiles 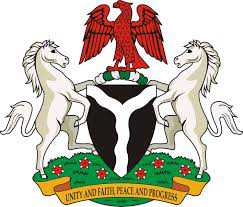 Senator and former Governor Ahmed Sani, the Yerima Bakura, has finally had his way. The Nigerian Senate has bowed to his will and agreed to be silent about the age that young girls can get married in Nigeria.

What this means once it is followed through and enshrined in our laws and Constitution is that girls that are as young as nine years old, provided they are deemed as having been ”physically developed enough” by their suitors, could be lawfully bedded and married in our country. That is the sordid level that we have now, as a people and as a nation, degenerated to.

I weep for Nigeria and, perhaps more appropiately, I weep for the Nigerian girl-child. Yet we have no choice but to live with this new reality and to accept it as it is. After all, our representatives in the sacred halls of the Senate were not sensitive enough or ”man enough” to shoot down the whole thing, to stand firmly against the unholy agenda and to say boldly and firmly that, ”come what may”, our children must be protected from sexual deviants and reprobates.

And since the Senate, in its infinite wisdom, has now endorsed the “Paedophile Charter”, which essentially seeks to make it lawful and constitutional for very young girls to get married and to have sex, it is my view that we have now become a nation of perverts and paedophiles.
Every Nigerian should bow his or her head in shame because what the Senate did and seeks to do in the future, by beginning the process to amend our Constitution in order for it to cater for the filthy appetite and godless fantasies of child molestors and sexual predators is sordid, ungodly and unforgiveable.

Surely, we ought to be seeking to protect our children and not seeking to bed them. Yet it appears that not everyone shares our outrage and collective sense of shame. One Uche Ezechukwu made the following contribution which went viral on the social media networks and which I think speaks volume.

According to him, whatever was done in the time of old can as well be done in modern times – no matter how crude.

I am appalled by these words. The truth is that I have never heard such a self-serving and specious argument in defence of the philosophies and beliefs of Senator Ahmed Sani, who married a 12-year- old Egyptian girl, as this one. Ahmed Sani himself could not have argued it better. Yet I think that it is an utter shame. And this is more so because the individual that is putting the argument is supposedly a Christian. The Old Testament of the Holy Bible prescribes ”stoning” for adultery but that does not mean that Christian countries, or indeed secular states like Nigeria, should stone adulterers.

Neither does it mean that we should preserve the institution of slavery or crucify petty thieves simply because the Holy Bible endorsed both practices in the Old Testament. We must accept the fact that the interpretation of biblical and koranic provisions are evolutionary and are ever changing. Jesus Himself said ”laws are made for man and not man for laws”. The suggestion that paedophilia has any place in any modern and decent society simply because it was once practised in the distant past is not only a despicable argument but it also does not make any sense. After all, cannibalism and child and human sacrifices were once widely practised and were held as being perfectly acceptable throughout the world as well but that does not mean that we should practice any of those terrible vices today.

The young man, Uche Ezechukwu, who appears to be defending child rape in the name of islam, should either let someone lay with and ”marry” his own six or seven-year-old daughter or he should seal his lips forever and stop trying to defend the indefensible. His assertions, and I daresay those of Senator Sani and anyone that shares their primitive views, are not only utterly immoral and reprehensible but they are also intellectually dishonest. I say this because the truth is that there is NO Muslim country in the world that has adopted the “paedophile charter” where six or seven year olds can marry and be bedded except for possibly Saudi Arabia and Iran.

Every other Muslim country in the world, including Indonesia, Pakistan, Malaysia, Egypt, Jordan, Senegal, the Sudan, Tunisia, Afghanistan, Lebanon, Palestine, United Arab Emirates, Bangladesh, Qatar, Bahrain, Dagestan, Albania, Bosnia, Somalia, Algeria, Libya, Mali, Azerbijhan and Syria, have, specifically, banned child marriage, paedophilia and child rape in their various constitutions and laws and some have declared it ”repugnant”, ”unacceptable” and ”unislamic”. Are these people not Muslims too?

Like Christianity and Judaism, Islam is a noble, pure, honourable and ancient faith that seeks to protect the weakest and most vulnerable in society, including children. No one should use the misinterpretation of its provisions to try to justify or rationalise what is essentially depraved, shameful, disgusting and barbaric behaviour and the most sordid and filthy expression of sexual deviance and perversion. Even animals do not marry or bed their own infants. The bitter truth is that paedophiles have no place in any civilised society.

I am constrained to say that in the light of their “yes” vote to child marriage and their green light to paedophilia, every single member of the Nigerian Senate should bow his or her head in utter shame and should be compelled to offer their own infant and under age daughters for marriage. I repeat, they have turned us into a nation of perverts and paedophiles.