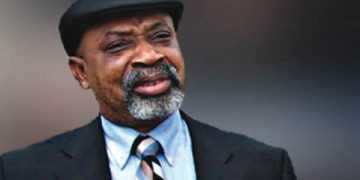 Almost six months after the November 16, 17 and 30, 2013 Governorship election in Anambra State, the Independent National Electoral Commission (INEC) is yet to release ballot papers to the All Progressives Congress (APC) and its candidate Senator Chris Ngige for analysis.

Bona Oraekwe, one of the witnesses, stated this yesterday at the Anambra State elections petitions Tribunal sitting in Awka.

He spoke on the day APC candidate Dr. Chris Ngige testified. He was in the dock alongside Kingsley Ezenwenyi, a collation agent of the APC during the election.

Besides, the tribunal received some evidence from Ngige and his party, which were tendered by Oraekwe in 10 Local government areas including Orumba North, with 13 units which were admitted in evidence, Anaocha, Ekwusigo, Njikoka, Onitsha South, Awka North, Awka South, Idemmili South and Nnewi North.

The documents supplied to the tribunal by Oraekwe were those he identified as having one fault or the other during the said election which were Certified True Copies (CTCs).

Ngige whose evidence was disrupted by objections from opposition lawyers, told the tribunal how a letter was written to INEC complaining of wrong doings during the said election on November 16, 2013.

When the letters were sought to be tendered by Rotimi Akeredolu (SAN), they were opposed by the defendants

After a heated argument, the tribunal rejected the first letter from the petitioners to INEC on the basis that it was not certified true copy.

The ruling on the second letter written by APC on the 17th November, 2013 a day after the election was deferred to today (Friday) for ruling.

Ngige dressed in navy blue traditional dress remained calm all through the proceeding.

The tribunal resumes sitting today for continuation of Ngige’s testimony.