Ngige how poll was rigged 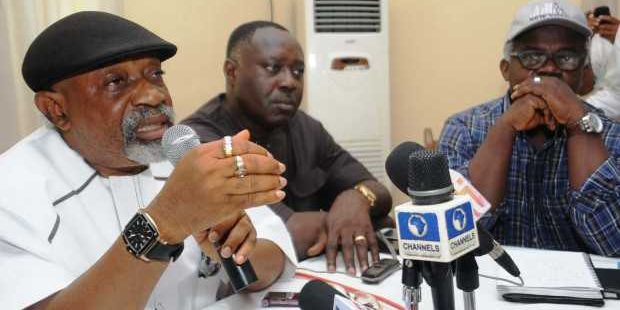 One of the major actors in the election, which was widely condemned as “flawed” and “shameful”, described the election as a “disaster”.

Dr. Chris Ngige, the All Progressives Congress (APC) candidate, said: “We have on tape a policeman thumb printing for APGA and INEC officials running away with election materials.”

Ngige was angry as he spoke at a press conference in Awka, the state capital. He said: “This INEC used students instead of members of the National Youth Service Corps (NYSC) to starve us of election materials. All the electoral officers were all compromised, like the one in Idemili North who deliberately acted on the

orders of INEC and APGA.

“Students of Nnamdi Azikiwe University in Awka here were used as poll clerks just to find fault in APC and to favour their lecturer, Dr. Nkem Okeke, who ran as deputy to the APGA candidate in the election.

“Much more astonishing is that they wore NYSC uniforms because of the election and when they are taught how to perfect fraud, somebody will tell Nigerians that this country will be good. This is the disposition of the personnel that came to work in the election.”

Ngige said APC members had computed that over 600,000 people were denied their voting rights, adding that the 210 units being allocated by INEC to them for the “so-called” supplementary election were not enough.

Ngige said: “INEC on Sunday came up with what it called supplementary election. The votes allocated to APC during the so-called election on Sunday were fake because we did not participate.

“Our stand is clear. The election was fraught with intimidation, with thuggery, with disenfranchisement of our voters and total partisanship by the electoral body.”

He was disappointed in the system.

Said Ngige: “If it were a bazaar, it would have been a different thing and APC would have prepared for it, but we were told by INEC and the President of this country, Goodluck Jonathan, that it would be free, fair and credible. But it was not the case.

“Because they told us that they were ready for the election, that was why we conformed to it because we thought that those errors and mistakes had been corrected in the voter register, without knowing that it was a deceit.”

In his view, “the election was a systematic way to deal with the opposition parties in this state, especially APC, and the same thing happened in 2011 during my senatorial election.”

He blamed it all on Resident Electoral Commissioner (REC) Prof. Chukwuemeka Onukaogu, who accused of adopting “the same tricks he used in 2011 by adopting his APGA system to dislodge Ngige and APC.” “To my mind, the election was flawed ab-initio,” Ngige said.

He added: “I am a statesman in this country. I have never gone to INEC to seek for favour. For Jega who everybody regards as a man of honour and integrity to sit back and allow his office to be messed up by those without honour, I’m really amased.

“Jega is an activist like myself and I do not support injustice. I’m injured and pained that this kind of atrocity is happening in his time and I also have difficulty in absolving him. What has happened in Anambra State is a disaster.

“I am sad for my country. I have lost hope in the entire process. People’s hopes are being dashed. I’m not desperate to become a governor. I have been there before now. The people of the state have lost hope in INEC,” Ngige said.