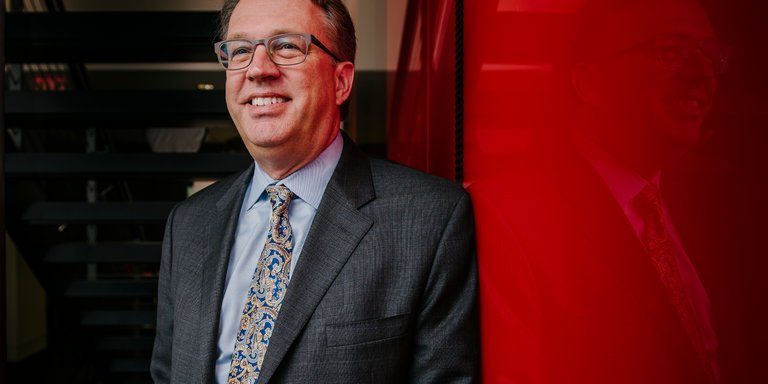 The Federal Reserve Bank of New York on Tuesday named John C. Williams as its next president, choosing a longtime insider for what is widely regarded as one of the Fed’s most influential positions.

Mr. Williams, the 55-year-old president of the San Francisco Fed, is a respected economist who will bring academic expertise that is in short supply among the Fed’s senior leaders. But unions, progressive groups and Democratic lawmakers had pushed the Fed to diversify its senior leadership beyond Fed veterans and white males, and the selection drew immediate criticism.

Mr. Williams will succeed William C. Dudley, who announced last fall that he planned to step down this summer after nine years in the post. The appointment, which will take effect in June, was widely expected after news leaked late last month that Mr. Williams was a favorite for the job.

The position is unique among the Fed’s top policymaking roles. While the Fed chairman and other members of the Board of Governors are appointed by the president and subject to Senate confirmation, regional Fed appointments are made outside the political process.

And unlike the 11 other regional Fed chiefs, New York’s president has a permanent vote on the policymaking Open Market Committee and serves as the committee’s vice chairman. The New York bank also plays a key role in carrying out monetary policy decisions, communicating with Wall Street and overseeing many of the country’s largest financial institutions.

Advocates for Mr. Williams argue he is well suited to the complex role. He has led the San Francisco bank for seven years and has spent virtually his entire career inside the Fed system. He is an influential expert on monetary policy who has worked closely with progressives — including Janet L. Yellen, who before her term as Fed chairwoman was Mr. Williams’s predecessor at the San Francisco Fed — and with conservatives such as John B. Taylor, the Stanford economist.

“His work is rigorous and thoughtful, and he discusses it carefully, considers other views,” said Mr. Taylor, who was Mr. Williams’s thesis adviser in graduate school.

Mr. Williams would also bring a seasoned policymaking hand to a Fed that is short on them. Jerome H. Powell, the Fed’s newly appointed chairman, has been at the Fed since 2012, but he is a lawyer by training and not — unlike Ms. Yellen and most of her recent predecessors — an economist. The Fed’s vice chairmanship is vacant, and the candidate President Trump has been reported to favor, Richard Clarida, a Columbia University economist, has little experience as a policymaker. Three other positions on the seven-member Board of Governors are also vacant, and several regional bank presidents are new in their roles.

The relative inexperience at the top of the Fed made finding someone with practical experience a priority, two people close to the search process said. The search committee, these people said, wanted a candidate who understood the Fed’s inner workings and who would protect the Fed’s independence.

But Andrew Levin, a Dartmouth economist and former Fed staff member, said there are also risks to picking an insider. Fed policymakers failed to appreciate the risks posed by the housing bubble in the mid-2000s, for example, even as some outside voices tried to raise the alarm.

“The problem with picking a longtime Fed insider is it just amplifies the risk of groupthink,” Mr. Levin said, “and I think groupthink has been proven to be a very serious threat at the Fed.”

Mr. Williams was chosen by a search committee headed by two members of the bank’s board: Sara Horowitz, founder of the Freelancers Union, a New York-based labor organization, and Glenn Hutchins, a private-equity investor and philanthropist. Under the Dodd-Frank financial reform law enacted after the financial crisis, board members who represent financial institutions regulated by the Fed are excluded from the appointment process.

Mr. Williams’s appointment was also approved by the Fed’s Board of Governors.

In a statement announcing the decision, Mr. Hutchins praised Mr. Williams as someone who has a rare mix of policy expertise and management experience and who “understands the plumbing of the financial system.” In a call with reporters, Mr. Hutchins and Ms. Horowitz also cited Mr. Williams’s record of community engagement in San Francisco and his progress in diversifying the bank’s senior leadership.

Progressive groups seized on Mr. Dudley’s retirement as a rare opportunity to influence an economic policy appointment that is outside Mr. Trump’s control. Protesters marched on the bank’s Lower Manhattan headquarters last month to demand a president who would represent working people.

In a statement Tuesday, the Fed Up campaign, a progressive group, criticized the New York Fed’s board for “ignoring the demands of the public and choosing yet another white man whose record on Wall Street regulation and full employment raises serious questions.” The group said the search process “calls into question whether the Federal Reserve can be trusted to act in the public interest.”

In one sense, the protesters got their wish. Unlike Mr. Dudley, who was chief economist for Goldman Sachs before he joined the Fed, Mr. Williams has never worked on Wall Street. And some of his policy positions have drawn cheers from progressives. He has, for example, pushed the central bank to consider a new approach to monetary policy that could lead the Fed to be more aggressive in fighting the next recession.

But Mr. Williams has also supported the Fed’s policy of gradually raising interest rates to stave off inflation, an approach that progressive economists worry could prematurely choke off the economic recovery. And his regulatory record is also drawing scrutiny: He was president of the San Francisco Fed while Wells Fargo, which is based in San Francisco, engaged in aggressive sales practices that resulted in the opening of millions of accounts without customers’ knowledge. (Regulatory policy is set in Washington, and Fed insiders say regional bank presidents play only a limited role overseeing banks in their districts.)

Perhaps the loudest criticism has focused on the fact that Mr. Williams, like every other person to lead the New York Fed in the bank’s century of history, is a white man.

“The New York Fed has never been led by a woman or a person of color, and that needs to change,” Senator Kirsten Gillibrand, Democrat of New York, said in a statement last week.

The search committee promised to consider a diverse pool of candidates, and the two leaders of the search said they succeeded. Neither of the other two finalists for the job — Raymond McGuire, an executive at Citigroup, and Mary J. Miller, a former Treasury official — were white men, and the search committee also interviewed other candidates who would have brought diversity to the Fed. One such candidate, Peter Blair Henry, who recently stepped down as dean of New York University’s Stern School of Business, said the search committee pushed him to pursue the job, but he declined.

“I’m just one data point, but if the effort they put into trying to persuade me to be a candidate is any indication, then they took diversity pretty seriously,” said Mr. Henry, who like Mr. McGuire is African-American.

But Sarah Binder, a George Washington University political scientist who has studied the Fed, questioned whether there were really so few qualified candidates who weren’t white men. And she said that the closed-door nature of the process made it hard for the public to evaluate how the search committee had carried out its work.

“It’s such an opaque and pretty byzantine process,” Ms. Binder said. “The fact that it is so cloistered from public view and really has very little if any public accountability for how that choice is made — given the importance of the position, it’s really quite glaring.”