Nelson Mandela is on life support 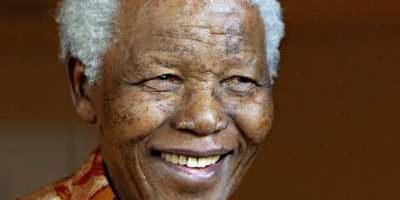 South African president Jacob Zuma has cancelled a visit to Mozambique amid growing concerns for the health of the gravely ill Nelson Mandela.Jacob Zuma called off the trip after visiting the anti-apartheid hero in hospital late on Wednesday night, where doctors told him Mandela was critical but everything was being done “to ensure his well-being,” Zuma’s office said in a statement.

Mac Maharaj, the presidential spokesman, has declined to comment on media reports that the 94-year-old former president is on life support systems in the Pretoria hospital where he was admitted three weeks ago for with a recurring lung infection.

But an elder in the South African icon’s clan has confirmed the reports.”Yes, he is using machines to breathe,” Napilisi Mandela told AFP after visiting the anti-apartheid hero on Wednesday.”It is bad, but what can we do.”South Africans are torn between the desire not to lose Mandela, who defined the aspirations of so many of his compatriots, and resignation that he is approaching the end of his life.

The sense of anticipation and foreboding about Mandela’s fate has grown since late Sunday, when the South African government declared that the condition of the statesman had deteriorated.A tide of emotional tributes has built on social media and in hand-written messages and flowers laid outside the hospital and Mandela’s home.

On Wednesday, about 20 children from a day care center posted a hand-made card outside the hospital and recited a poem.”Hold on, old man,” was one of the lines in the Zulu poem, according to the South African Press Association.Other visitors to the hospital included Mandela’s former wife Winnie Madikizela-Mandela. The couple divorced in 1996.

In recent days international leaders, celebrities, athletes and others have praised Mandela, not just as the man who steered South Africa through its tense transition from white racist rule to democracy two decades ago, but as a universal symbol of sacrifice and reconciliation.Mandela, whose 95th birthday is on July 18, served a single five-year term as president and afterward focused on charitable causes.
He last made a public appearance in 2010 at the soccer World Cup in South Africa.