Ndigbo to head to ICC over Biafra massacre 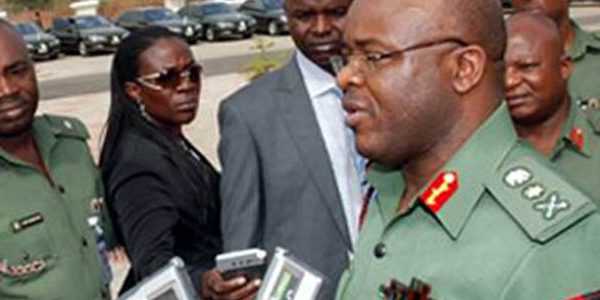 Criminal Court of Justice, ICC, in Hague over alleged killing of civilians at Baga town, Borno State, has drawn the ire of Ndigbo who have indicated interest to take Nigeria to the same court for the massacre of two million Igbo people during the civil war.

Prof. Abdullahi’s group had recently said that plans were in top gear to drag the former army chief and six others to ICC over their alleged involvement in the killing of innocent civilians at Baga, while the military engaged Boko Haram insurgents living in the midst of civilians.

Chukwumerije speaks
But reacting to the alleged plan yesterday, Senator Uche Chukwumerije said that the purported plan to take the former COAS to ICC would be a good opportunity for the people of the South East and Anioma in Delta State to drag the country to the world court for the massacre of over two million Ndigbo during the Nigeria/Biafra civil war.

Chukwumerije, who was in-charge of Biafran Information during the war, said: “The plan of Northern Elders Forum to drag the immediate past Chief of Army Staff, Lt. General Azubuike Ihejirika, and six others to International Criminal Court of Justice in Hague is capable of unleashing a national ill-wind that will do no one (including Prof. Ango Abdullahi’s group) any good in this federation.

“The approach of the group to a national problem is selective, patently biased apparently in search of preconceived culprits, pointedly indifferent to the demands of national unity, and highly provocative to the sensibilities of all who genuinely desire the unity and stability of this federation.

Opening the Pandora Box
“As Ango Abdullahi’s team opens the doors and walks into the hall of the world court, let them realize that they have at last opened the Pandora’s Box.
“The indigenes of Odi, Zaki-Biam and Katsina Ala will in quick succession file into the hall. At the same time, Ndigbo of South East and Anioma will dust their files and head for Hague.

“Let it be emphasized ab initio that senseless sacrifice of a human life is indefensible. Violations of human rights have remained the bane of Africa. A society that has no respect for human life is nearer the status of a community of animals.

“But the situation in the universally acknowledged difficult terrain of a borderless war such as terrorism, counter terrorism and guerilla-like conflicts offers a unique challenge. The motives of Prof. Ango Abdullahi and co are obviously beyond concerns about violations of human rights.

“Every citizen (including Prof. Ango Abdullahi) knows that the anti-terrorism campaign in the North is a joint military operation under the command of the Chief of Defence Staff. In singling out Lt. General Ihefirika, the then Army boss, the likes of Prof. Ango Abdullahi are merely betraying old prejudices and embarking on a new hazardous search for bad names to hang hated dogs.

“Besides, the fact that Prof. Ango Abdullahi and co sprung into action immediately Lt. General Ihejirika and six others left their commands has revealed the depth of long-smoldering resentment of the campaign against Boko Haram by self-proclaimed leaders of the North.”

Baga and Hague adjudication
Senator Chukwumerije wondered why the Northern Elders Forum would single out the Baga incident for Hague’s adjudication.
He said further: “We have seen in the past cases of wholesale massacres which were not only more gruesome than Baga’s but proven as true unlike. Ango Abdullahi and co kept silent.