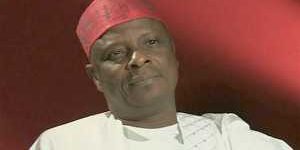 During a media chat in Hausa, broadcast live on some radio stations in Kano, northwest Nigeria, governor Kwankwaso also explained that the conference is not only unconstitutional but would create disunity among Nigerians.

It will be recalled that the Senate President David Mark threw his support for the proposed national conference after the President’s Independence day broadcast,where the he stated that an advisory committee will be set up for the conference where sensitive national issues will be addressed.