National Conference recommends 54 states for the zoological republic of Nigeria 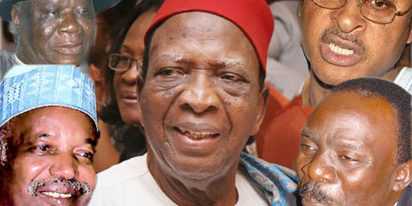 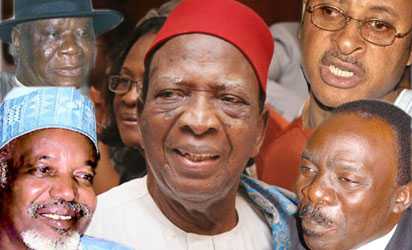 Nigeria will now have 54 states as against the present 36 states should President Goodluck Jonathan implement the recommendation of the National Conference contained in the final report submitted to the President last week.
According to the recommendation on creation of additional states, “Alteration of section 3 Section 3 of the principal Act is altered – (a) by replacing the

The long standing agitation for the creation of a mayoral status for the Federal Capital City was approved, just as additional two area councils were approved for the FCT in addition to the existing six area councils with strong warning that all compensations be paid.

The report also stated that public schools taken over by various state governments across the country 42 years ago would henceforth be returned to the religious missions which were the original owners.

The conference further voted in favour of Modified Presidential System of Government as recommended by the committee; described as “home-made model of government that combines the attributes of parliamentary and presidential systems.” The concept has the potentials of entrenching the principle of separation of powers as practised in presidential system and promotion of co-operation and harmony between executive and the legislature as operated under the parliamentary system.

The President elected under the new system shall exercise full responsibility for his government and shall select ministers, not more than 18 of them, from the six geo-political zones of the country, and in the modified presidential system the president shall pick the vice president from the legislature.

Delegates approved the scrapping of joint state and local government accounts; to be replaced with a State Revenue Mobilisation, Allocation and Fiscal Commission, adding that the body would be expected to have as members, representatives of local government areas and a chairman nominated by the state governor for confirmation by the state House of Assembly.

Henceforth, and except otherwise overturned, conference also conferred financial autonomy on state Houses of Assembly as a way of freeing them from direct control by the executive and voted that for functionality, local government should be politically and economically independent.

The report recommended that there should be complete abolition of the concept of plea bargain by accused public functionaries and also agreed for the establishment of special courts, for instance, anti-corruption courts to handle cases involving corrupt practices.

The issue of state police as controversial as it appeared, a decision was taken that those who want it should go and have state police, but those who do not want it, the recommendation of the conference was that the present status of the Nigerian police should remain. But from ASP downwards should be indigenes of every state and that on its own, is like state police.

Henceforth, there will be no sponsoring of both Christian and Muslim pilgrimages to the holy lands and that churches and mosques will now pay tax to the Federal Government.

Henceforth, civil servants, who engage in contract for pecuniary gains, will be dismissed from service, just as there was the retention of status quo of retirement age of 60 for workers in public service.

There was also succour for people living with disabilities as delegates voted that governments at all levels should grant allowances to them which will be equivalent of government workers on grade level 06 as that would enable them employ the services of private aides to assist them in carrying out some private and domestic activities.