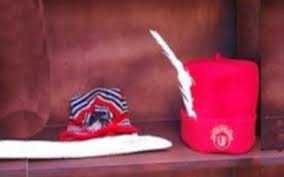 IGBO youths under the aegis of Ohanaeze Youth Congress have restated

its earlier position that a referendum be conducted to make way for the implementation of the recommendations of the National Conference.

National President of the OYC, Ikechukwu Isiguzoro, while speaking with our correspondent in Umuahia, Abia State capital, on Monday, warned President Goodluck Jonathan against forwarding the confab’s report to the National Assembly, saying that “such action would amount to suicide mission as most lawmakers were waiting to kill the report.”

“It is not a secret that the undemocratic elements in the National Assembly, who feel uncomfortable because of the new dawn about to be ushered in, have concluded plans to use their majority to kill the confab’s report, and Mr. President should not play into their hands,” Isiguzoro said.

He advised the President to either utilise his executive power to set up a Constituent Assembly, which he said would ratify the report of the conference or to direct the Independent National Electoral Commission to organise a referendum on the recommendations.

According to the Igbo youths, the outcome of the National Conference is more important to Nigerians than the 2015 elections because “the recommendations, when implemented, would permanently plug most of the issues that frequently cause friction in our polity.”

The leader of the youths further urged Jonathan to complete the “epochal cycle he initiated as the midwife of a new Nigeria by ensuring that the outcome of the conference, unlike the previous ones, was not thrown into the cabbage can of history “.

“Even if the implementation of the confab’s report costs Jonathan his second term bid , it is heroic because he will ever be remembered as the father of new Nigeria,” Isiguzoro added.

He commended the South-East delegates to the conference for their unity in canvassing the interest of Ndigbo and Nigeria at large, saying that “Igbo delegates at the confab deserve honour for not letting the tribe down.”