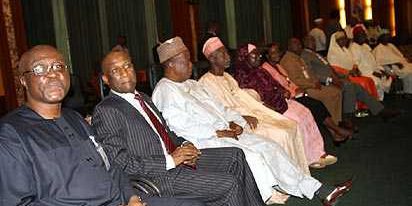 The National Dialogue Advisory Committee set up by the Presidency to put in place the modalities for convening a national conference has begun work, consulting with Nigerians on the basis of their geo-political zones.

The interface which began in Akure, Ondo State, yesterday is expected to end on November 11 with a parley with residents of the Federal Capital Territory (FCT). Meanwhile the federal government has said the committee has not been overfunded, but that its financial needs had only been met.

Special Assistant on Media to the Secretary to the Government of the Federation (SGF), Sam Nwaobasi , made this statement against the speculation that the committee might have been set up to enrich certain persons.

He explained that the report of the committee would determine the budget of the proposed national conference. President Goodluck Jonathan had in his October 1 independence anniversary nationwide address announced the setting up of the 13 member committee led by Dr. Femi Okurounmu.

The committee is mandated to establish modalities for a national conference. Meanwhile, the Chairman, Senate Committee on MDGs and Senator representing Southern Borno, Senator Mohammed Ali Ndume, has said there is no need for a national conference, as it is a diversion from the real issues affecting Nigerians. Senator Ndume who made this assertion during an interactive session with journalists in his Maiduguri residence, said that what Nigerians needed now is the provision of basic social amenities such as good roads, hospitals, schools and potable water.